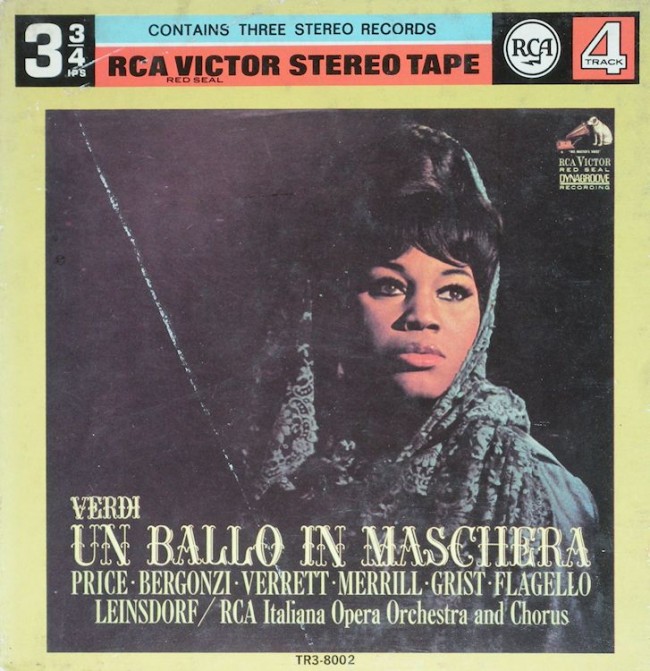 If you want to pay tribute to the great tenor who died recently, you could do worse than get these fabulous recordings.

Here, then, are Classicalite's Five Best...

Really only Pavarotti challenges Bergonzi in this role, and the senior tenor brings more romance to the role. Robert Merrill and Leontyne Price co-star in a cast never bettered, while Leinsdorf, an erratic talent, finds his inner master Verdian.

Everyone knows that Maria Callas's first Tosca set is the best ever, and this, her second bash, show her vocal blemishes as well as her still-sharp characterization. But she is also joined by a Tito Gobbi even finer than in that earlier recording, and by Bergonzi, simply the finest Cavarossi on disc. His "Vittoria!" outburst in Act II makes the spine tingle.

A Pinkerton whose romancing of Butterfly you believe as much as she does, but with just the right hint of arrogance so that when his betrayal comes, you believe that, too. Renata Scotto as his doomed bride is at her considerable best, and Barbirolli finds a sweep that eludes most.

This set stood as the benchmark Aida (with Renata Tebaldi in the title-role) for many years, until Riccardo Muti joined it at the summit with more modern sound and an even more consistent cast. But the matching of temperaments between conductor and tenor continues to fascinate. Karajan back then married beauty of tone with drama (before the former came to drown the latter in his last years) and Bergonzi is absolutely his man for that kind of Radames.

Yes, we could switch fach and throw in a wild card but what's the point? Above all Bergonzi was the consummate Verdi and Puccini singer and it would be a crime to omit some early Verdi, which he loved. This Attila is a classic. I recently discovered that Italians are apparently scornful of Gardelli, but to my ears he catches exactly the cut and thrust of the Verdi "galley years." As for this recording, it is perhaps the operatic equivalent of the Real Madrid football team--the philosophy of "galacticos." You gather the world's greatest talents, put them together and watch the sparks fly. Well, Raimondi, Milnes, Bergonzi... Only Cristina Deutekom isn't quite in that class but she far from lets the side down.