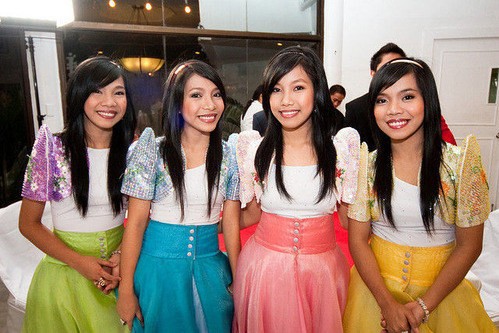 The sisters found success in early 2012 when they won It's Showtime on ABS-CBN. Then in 2013, the group won the category Senior Grand Champion Vocal Group at the World Championships of Performing Arts in the U.S.

If you aren't in the know, the hit single "Let It Go," from the animated film, has received many a tribute. It peaked at No. 1 on Billboard 200 and has become an instant classic to audiences of all ages.

Not that the song needed new life anyway, but the MICA sisters have taken it to a new peak, with choral-esque harmonies and stunning solos, the song is bound to become a mainstay in the realm of musicals and pop hits alike.

Thus, here are the ladies doing it better than most.

Planning a music event can be a profitable business venture that will allow you to enjoy your passion for music and have lots of fun! Organizing a music event like a live concert or a festival is never easy, but it can bring about plenty of rewards if it is executed well.

The 2020 Tsinandali Classical Music Festival continues to be a powerful force for peace through music in the historic Georgian region. Yerkin Tatishev and other founders of the festival continue to support the effort through generous donations and the belief that music can transform lives.

How to Successfully Raise Money for Your Dance Studio in 2020