WATCH: Jackie Evancho Sings 'Phantom of the Opera' ("Think of Me") on 'America's Got Talent,' Four Years After Debut [VIDEO] 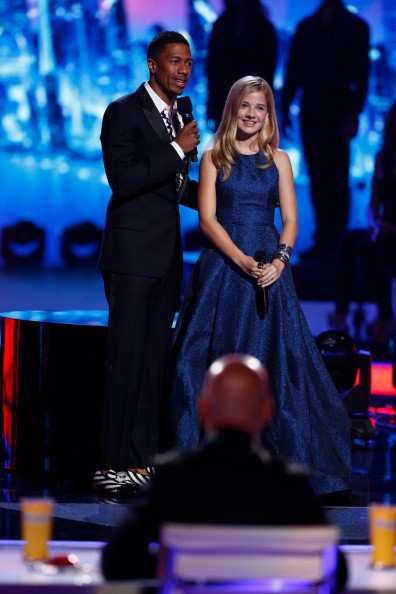 The young talent placed second on the series four years ago at age 10. Being invited back to perform as a musical guest is a great honor.

A great honor, though, on top of becoming a platinum-selling singer with five albums under her belt.

Her third studio album, Awakening, will be released September 23 and includes a cover of U2's "With or Without You."

Well, adorned in a blue dress bedazzled by a moving, watery light-projection, at least her singing was there to do the job. In keeping with her status as top-tier talent, these major television appearances are a must, even if it does mean having to break through at first.

To wit, with her latest, Jackie Evancho on AGT.