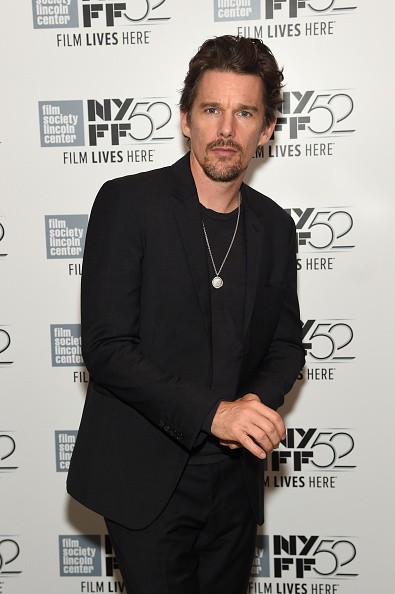 Ethan Hawke is coming off a busy year with several awards season contenders in the mix, including Boyhood; documentary Seymour: An Introduction; Peter Spierig's Predestination; Andrew Niccol's Good Kill;  and Shakespeare's Cymbeline. And next in the way of blockbusters: the Chet Baker biopic Born to Be Blue.

Written and directed by Canadian filmmaker Robert Budreau (who has a resume of music inspired films, counting Dream Recording with jazz pianist David Braid and an earlier Baker short The Deaths of Chet Baker) the film will chronicle the rise, fall and come back of one of jazz's greatest trumpeters.

The story will chart his 1970s resurgence, tumultuous love affair and ultimate recovery from his destructive ways. Hawke will act alongside Selma actress Carmen Ejogo and Callum Keith Rennie from 50 Shades of Grey.

Hawke also worked closely with filmmakers this year to develop the project along with Burdreau. Shooting is already underway in Ontario.

Until then, check out some Chet below.