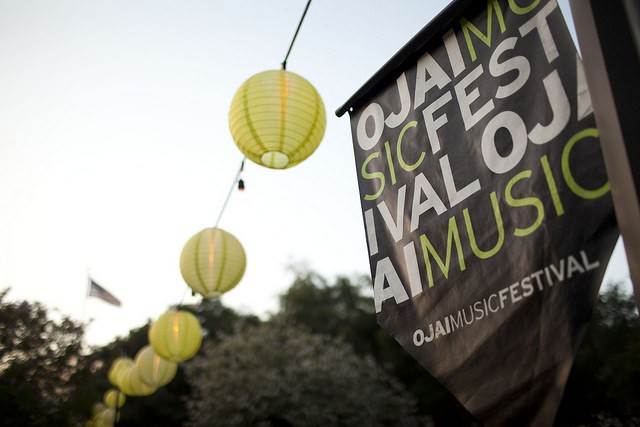 The Ojai Music Festival is an annual classical music festival held in Ojai, California for four days in June. This upcoming year will be the festival's 69th year running and it includes a ton of different events for music lovers. The 2015 festival is going to be the most exciting yet, with visiting music director Steven Schick performing in a piece that requires him to use his bare chest as a percussion instrument.

The Ojai Music Festival will include programming designed to honor the French composer and conductor, Pierre Boulez, as he marks his 90th birthday. On June 10, ticket holders will be able to sit in on a panel discussion about Boulez before attending the West coat premiere of “A Pierre Dream: A Portrait of Pierre Boulez.” Boulez, who served as the festival’s musical director seven times between 1967 and 2003, is unable to travel from his home in Germany, but his works will be featured in at least six of the festivals concerts.

Boulez is one of a record-setting 34 composers — 24 of them living and 17 of them new to the festival — whose works will be heard during the 37 events planned “so far,” says the festival's artistic director, Thomas Morris. The events will include movie screenings, late-night concerts, and even later night gatherings at local restaurants.

“We have already sold over 40 percent of tickets, and we have not announced a program ... We simply said, ‘Here are the dates and a few of the artists’,” says Morris.

Next year's festival will take place June 10-14. Tickets can be purchased here.

Check out The Knights at last years festival