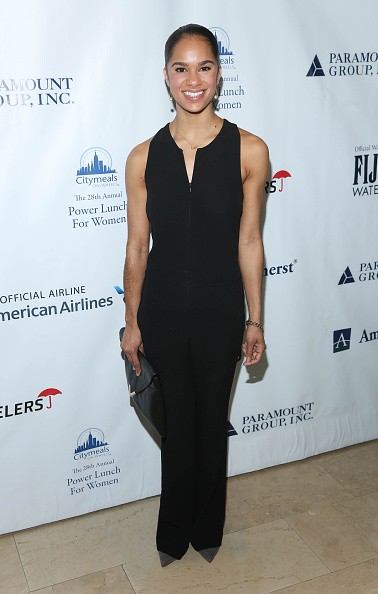 The Dance Magazine Awards recognize outstanding men and women whose contributions have left a lasting impact on the dance world. Copeland will not be the only artist who will be honored at the awards on Dec 8. Beloved Jazz teacher, Luigi, the co-founders of the enterprising American Tap Dance Foundation, Brenda Bufalino and Tony Waag, British choreographer Wayne McGregor and the force behind Youth America Grand Prix, Larissa Saveliev, will all be celebrated at the Ailey Citigroup Theater on Monday.

The honorees aren’t the only stars that will be attending the event, the presenters are just as impressive. Raven Wilkinson will present to Misty Copeland; Constance Valis Hill to Bufalino and Waag; Jedediah Wheeler to McGregor; Liza Minnelli to Luigi; and Susan Jaffe to Saveliev.

This honor comes as no surprise to fans of Copeland. The 32-year-old is only the second African-American woman to become a soloist in the American Ballet Theatre. This has been the break-through ballerina’s big year, with upcoming performances in The Nutcracker, a children's book being released, an extremely successful Under Armour campaign and talks of a new reality series set to air on Oxygen.

Copeland will not only be honored but will also be performing at this years awards. Other performances will include an excerpt from McGregor’s Chroma, danced by members of Alvin Ailey American Dance Theater, and Marcelo Gomes will make a new duet in tribute to Larissa Saveliev.

The evening is open to the public, with a reception immediately following in The Ailey Studios. Tickets are sold out.

Check out Misty Copeland’s Under Armour commercial below.