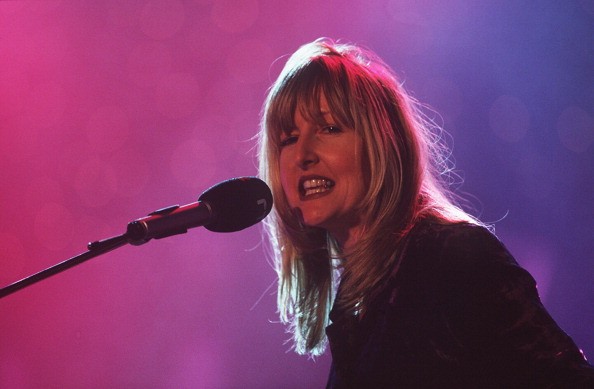 Known for her pop hits such as “I Love You Always Forever” and “At the Beginning,” Brand New Day reveals the range of Lewis’ artistry with the help of eminent jazz musicians Iverson (piano), Anderson (bass) and King (drums).

After going on a pop hiatus, Lewis soon began to reveal other dimensions of her creativity. She left her mark on such projects as The Art of Noise’s The Seduction of Claude Debussy. She began her longtime collaboration with David Torn, a guitarist and studio wizard known for his film scores including Friday Night Lights, The Order and Lars and the Real Girl, as well as for his work with rock legends such as David Bowie and Jeff Beck. In 2001, five electronically textured songs Torn and Lewis wrote and recorded were among the most requested on Los Angeles’ KCRW for three weeks running.

Still, the aptly titled Brand New Day is both a striking departure from anything she has done before, and the fullest realization of qualities that have always set her apart. As Time Out NY said before a recent NYC performance, “If you really listened past the earworm chorus and bubbly beat of Lewis’s debut hits, you quickly sensed that she was no flash in the pan. The classically trained…Lewis had a breathy coo that could recall Kate Bush, and used it with a flexibility that few pop princesses could muster.”

Brand New Day will be released by Palmetto Records on March 10.

Turn and Face the Strange: "David Bowie Is" Exhibit Comes to the Museum of Contemporary Art Chicago