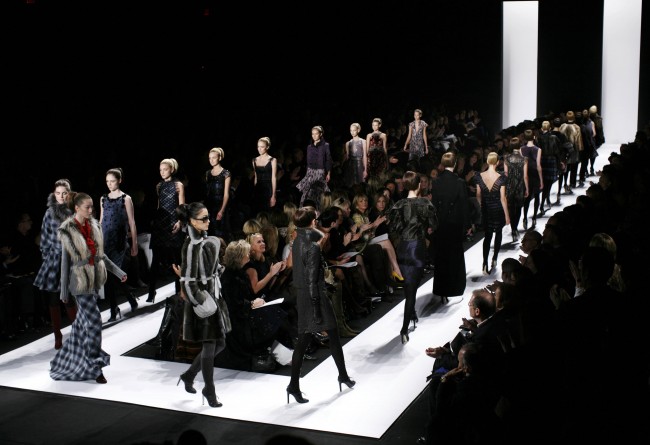 Inspired, themselves, by Beethoven's Violin Sonata No. 9, Op. 47 ("Kreutzer"), Hodge and Peral's Capriccio for Carolina is finally available on iTunes--replete with remixes.

Before you download them all, however, spend some time with this video of the "Kreutzer," exquisitely rendered by Anne-Sophie Mutter and the National Symphony Orchestra's principal keyboardist, Lambert Orkis.

According to Grammophone, Herrera was able to visit Abbey Road Studios in London to witness the recording of Capriccio for Carolina by the London Contemporary Orchestra. And according to The New York Times, it was the first time Mrs. Herrera got to hear her piece in its entirety.

So, now that you've refreshed your memory with Sophie-Mutter and Orkis, here's Carolina Herrera, Tom Hodge and Javier Peral talking about their collaboration together for Bloomberg with everyone's favorite interviewer, Charlie Rose.