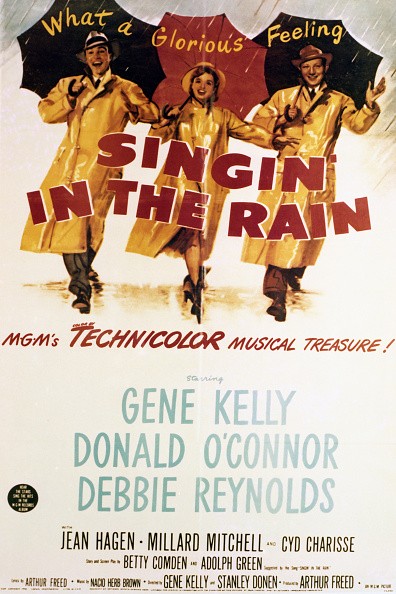 The New Jersey Symphony Orchestra presents a film screening and full orchestral score of the 1952 film "Singin' in the Rain." (Photo : Getty Images)

The New Jersey Symphony Orchestra will present a full film screening of the classic 1952 film, Singin’ in the Rain, with live orchestral accompaniment.

Conductor Constantine Kitsopoulos will return to the NJSO to lead the orchestra in a full film score while the hit movie screens above the stage. NJSO is also known for their Accents, which are pre and post concert events used to enhance the performance’s experience. The Accents are also used to help provide members of the audience with a chance to connect on a personal level will the music and the people who create it. This show will offer a pre-concert sing-a-long of well-known film songs beginning an hour before the performance.

Singin’ in the Rain is a musical comedy film which offers a jovial depiction of Hollywood in the late 1920’s. Gene Kelly, Donald O'Connor and Debbie Reynolds play three performers caught up in the transition from silent films to sound. It has been named the greatest musical film and first greatest American movie of all time by The American Film Institute

Critic Roger Ebert writes: “There is no movie musical more fun than ‘Singin’ in the Rain,’ and few that remain as fresh over the years … ‘Singin’ in the Rain’ is a transcendent experience, and no one who loves movies can afford to miss it … [The film] remains one of the few movies to live up to its advertising. ‘What a glorious feeling!’ the posters said. It was the simple truth.”