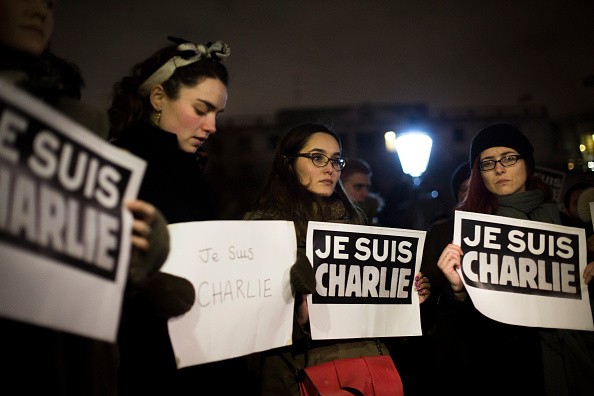 In the wake of the terrorist attacks against the French Satirical magazine Charlie Hebdo, musicians from cities around the world have gathered to honor the 12 victims of the violence that shocked the world.

The largest group was about 150 freelance musicians in London who staged a performance of Samuel Barber’s Adagio for Strings on Trafalgar Square in tribute to the victims. The group was organized through social media as well as a post on blogger Norman Lebrecht’s Slipped Disc, by Vanessa Lucas-Smith, cellist of the Allegri Quartet.

‘We speak through our music,’ Lucas-Smith told Agence France-Presse. ‘We use sounds, and that’s our expression rather than words, often. And it touched a nerve: these were artists who were targeted and we felt very moved that we had to do something in response.’

London’s tribute is just one of the many performances taking place around the world to honor those brave people killed during these attacks. Alan Gilbert, music director at the New York Philharmonic dedicated Thursday night’s concert at Avery Fisher Hall to the victims.

Gilbert’s dedication was made even more significant when he quoted Leonard Bernstein, who poignant remarks rang true when they were first spoke after the 1963 assassination of John F. Kennedy. “This will be our reply to violence. To make music more intensely, more beautifully, more devotedly than before.”

The attacks in France have had a large impact on the orchestra’s in that region. A moment of silence was offered by the Paris Opera, the Orchestre de Paris and the Orchestre Philharmonic de Radio France. Also, the new Philharmonie de Paris, wrote on Twitter that it’s first concert on Jan. 14 will serve as a tribute to the victims. Also, seven Italian general managers and artistic directors of Milan’s major theaters and orchestras, including La Scala, put out a joint statement defending "all the values that are an achievement of our civilization.”

Though there is no explanation for the senseless acts that have taken place in France, the unity of these groups brings a hope that they may be able to put the pieces together again.

Check out the video of the musicians performing in Trafalgar Square down below.