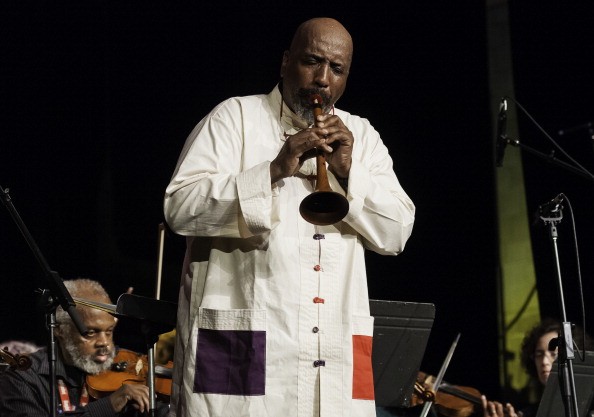 An astounding production, Brooklyn's own event space, Roulette, is pleased to announce its forthcoming production honoring Martin Luther King, Jr. entitled Yes I dreamed of Freedom by William Parker and the "Tone Motion Theatre." A tribute to the late Dr. King, the event comes with the fifth installment of Parker's work, Flower in a Stained Glass Window.

The new production will have its New York premiere performance over MLK weekend and will be performed by the Transformational Music Ensemble (TME), which is described as "a new music chamber group lead by Keir Neuringer" as well as the Spirit Catcher's Ensemble and a vocal ensemble featuring Fay Victor, Kyoko Kitamura and Anais Maviel.

According to the Roulette website, the TME will "interpret the written score composed by Parker and will serve as both the back drop and catalyst to the improvisations being created by the Spirit Catchers Ensemble and words of the vocal ensemble." The dancing end is choreographed by Patricia Nicholson.

As of now, the performance will premiere on Saturday, January 17 at 8 p.m. All music and words are by William Parker with an additional text by Dr. King. Tickets can be purchased here.

Until then, get caught up on William Parker below with an exclusive video from our very own Logan K. Young last time he stopped by Roulette at Vision Fest.