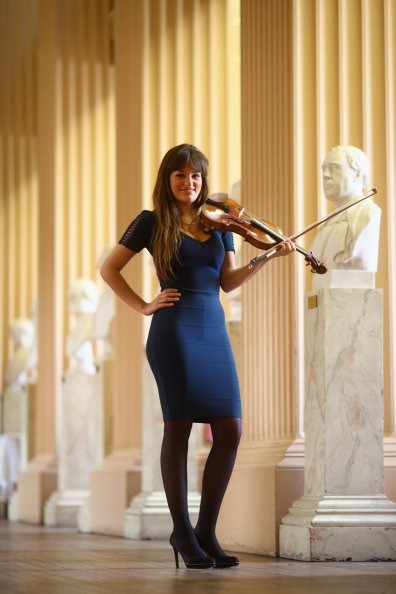 Nicola Benedetti will be playing a January show at SubCulture. (Photo : Getty Images)

World-renowned violinist Nicola Benedetti will be performing at the 2014/2015 season at SubCulture. Benedetti's 2014 album, Homecoming: A Scottish Fantasy, reach No. 19 on UK Charts.

In her New York performance, Bendetti will further her passion for music of the Italian Baroque and historical performance, a style that she came to love while collaborating with Andrea Marcon and WDR Cologne, Venice Baroque Orchestra and a European tour with La Cetra Barokorchester Basel. Benedetti is a devoted chamber musician and collaborates with cellist Leonard Elschenbroich and pianist Alexei Grynyuk. The group has been performing as a trio since 2008.

Her dynamic presence and advocacy for classical music has made her one of the most sough-out and influential classical artist of today. The Decca (Universal Music) artist was the winner of the Best Female Artist award of the 2012, Classical BRIT Awards. Her recording, The Silver Violin, reached No. 30 in the U.K. pop charts while simultaneously topping the classical charts. That was only the beginning. Benedetti became the first solo British violinist since the 1990’s to enter the Top 20 of the Official UK Albums chart with her latest record, Homecoming: A Scottish Fantasy. She is also the first-ever Scottish classical artist to enter the Top 20. As well as landing the No. 1 spot in the classical chart, her album is simultaneously No. 19 in the pop chart, above Ellie Goulding, Arctic Monkeys and Jack White.

Not only is Benedetti committed to her music, but she is also committed to furthering music education and developing young talent. In 2010, she became Sistema Scotland’s official musical "Big Sister" for the Big Noise project; a music initiative partnered with Venezuela’s El Sistema (Fundación Musical Simón Bolívar). As a board member and teacher, Nicola embraces her position of role model to encourage young people to take up music and work hard at it.

Benedetti will perform at SubCulture in New York on Jan. 29. For more information or to purchase tickets, click here.