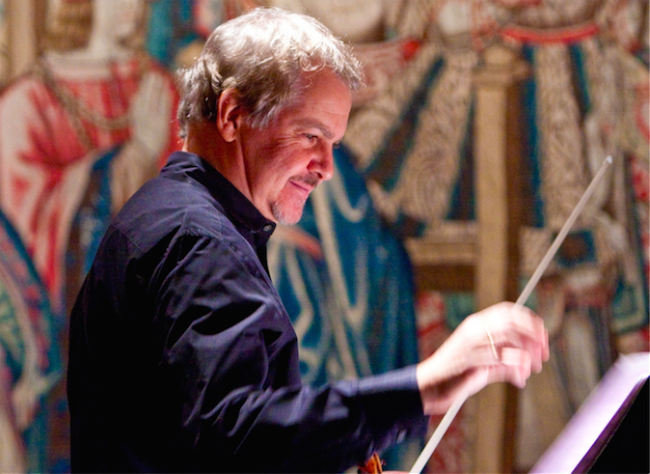 How has audience performance perceptions shifted in the 21st century? As a technologically dominated art audience, are we still able to process multiple media at once? In a world obsessed with multitasking, have we lost our ability to really watch and listen?

These are but some of the questions that Gil Morgenstern hopes to incite--and perhaps even answer--with his Reflections Series International.

As a world-renowned violinist, Morgernsten has had his share of experience with these concepts. A revolutionary name in classical music, he is constantly pushing the boundaries of what we believe the concert experience should be.

In Reflections, which began in 2007 in New York City, Morgenstern presents solo and chamber music along with works of different artistic disciplines. The program also includes combinations of music, text, movement and images.

In his latest show, "Coupled Perceptions," Morgenstern focuses on adding different dance disciplines.The music is performed as originally written and then reinterpreted with original choreography, giving the audience an opportunity to experience the two pieces as separate works.

The last show of the season, this May, he's calling "Nature’s Bounty"--music and text inspired by personal encounters with both natural and man-made landscapes.

Classicalite spoke with Morgenstern earlier this month about Reflections International, being named artist-in-residence at Avenues: The World School, as well as his sleepy future plans.

Classicalite: I can't help but wonder where the name Reflections comes from? Do you believe each of these concerts is a reflection of you? Or maybe the audience who is viewing them?

Gil Morgenstern: Both and more. The principal notion is to have the works that are programmed reflect upon one another, thus inviting the audience to reflect anew on universal themes embodied in the arts.

C-Lite: This is your second year at the Avenues. What have you programmed this season that's unique from the last?

GM: Each season brings four completely new and distinct thematic programs. The 2014-2015 season at Avenues includes, in addition to purely musical programs, one of music and original dance and another with an actor creating a narrative between and through music and text. 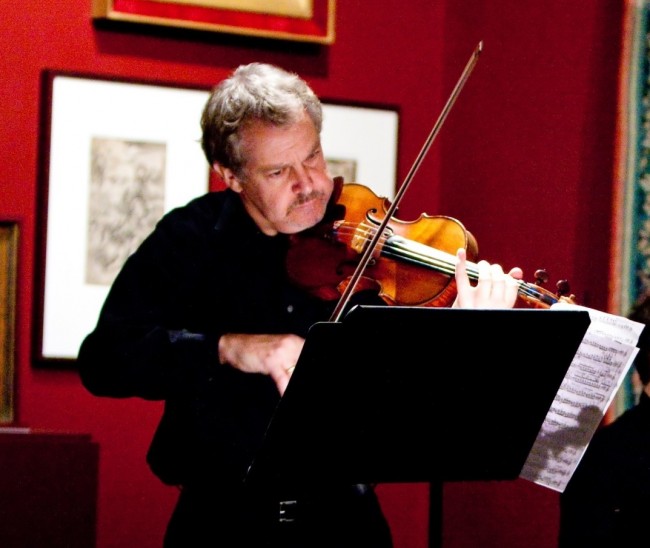 C-Lite: Being the artist-in residence at The World School enables you to work directly with students and faculty. Do you think this experience--as a pedagogue--has changed your approach to performance and programming?

GM: Absolutely! Teaching in any capacity, whether privately one-on-one or in a classroom, forces us to think back and analyze concepts and techniques we learned as very young children--now taken for granted. To articulate and teach those concepts, I have to engage in the same exercise I give my students, namely to find a way to articulate what we take for granted in our minds. It’s like trying to explain why I like the color blue. I have to first ask myself the question and find an answer other than “I just like it."

C-Lite: "Coupled Perceptions" incorporates a lot of differing disciplines, both company dancers, as well as street dance. How does audience perception change when presented with such difference? Performing for dancers doing traditional ballet, and then playing the same piece alongside a street dancer. How does the stylistic shift affect comprehension?

GM: These are exactly the questions meant to be raised by this program. I always begin the concerts by explaining that I try to raise questions, rather than answer them, through my programming. The audience must participate, meet me halfway, and come up with their own individual answers. If they can. Of course, most times there are no real answers. However, the fact that the public may be still thinking about the program a few days later means to me that it was a successful presentation. If the audience wants entertainment in which all the answers are handed to them without them having to participate, they can go to a movie or any number of other forms of diversion.

C-Lite As we become more and more technologically ensconced, it becomes harder and harder to focus. Especially on one thing at a time when, now, we have the capability to be doing multiple things. By presenting so much at once, are you are enhancing the audience's  experience? Or does sheer sensory overload bog down the way we appreciate those arts?

GM: It’s a fine line, one that I am constantly experimenting with. My rule of thumb is that combining artistic disciplines only has a chance to be successful if they are assembled organically. Layering one atop the other usually adds up to to confusion. A+B+C has to = D; a work greater than the sum of its parts.

C-Lite: Is there a reason why you wanted to present "Nature's Bounty" as your final concert for the season?

GM: I try to “curate” the entire season, as I do each individual program, to have a particular order and flow. I believe that the combination of forces (string quartet, percussion and actor) is the natural culmination of this particular season. 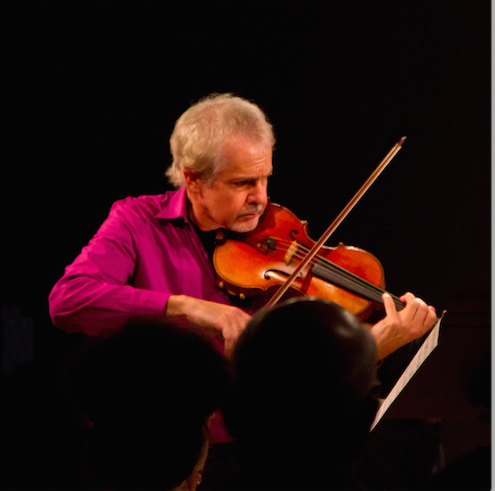 C-Lite: The Reflections series has been presented not just in New York, but around the world, too. Any salient differences between U.S. audiences, as compared to overseas?

GM: Each audience is different, even in the same city. There are aspects of how and under what circumstances concerts are presented that are different around the world. And cultural norms may differ, but on stage, one can feel whether or not the audience is “with you.” And that’s the same everywhere.

C-Lite: Back to teaching, how do you think Reflections has influenced your own students?

GM: My work with the students is not musical instruction, rather helping them find a way to synthesize the knowledge they are acquiring in their academic subjects. For the younger students, the most important thing is for them to understand that good is not good enough, and that revision is no different than practicing. It’s the only way to get better. For the older students, my concern is that they see the larger picture and not just each academic subject in isolation. I try to get them to “connect the dots” between subjects using their creativity and imagination.

GM: I have about a week to sleep before preparing for the summer season...