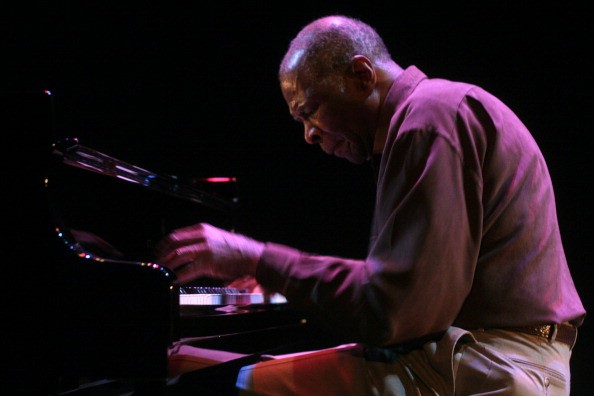 'A Power Stronger Than Itself: A Celebration of the Association for the Advancement of Creative Musicians' at the Kitchen on Thursday night, October 9, 2008.This image;Muhal Richard Abrams on piano. (Photo : Hiroyuki Ito/Getty Images)

Much like the problems that find jazz musicians nowadays, the changing musical landscape of the time was shifting towards more youth-oriented genres like rock 'n' roll.

Had artists of the time conceded to the new climate, jazz might have "devolved into a nostalgia bath or succumbed to the commercial excesses of the fusion era that followed."

In accordance, the organization has been able to thrive.

As the Chicago Tribune writes: "The idea of forging a singular sound and musical personality always has been central to jazz, dating back to its first great composer-intellectual, Jelly Roll Morton, and its first genius improviser, Louis Armstrong - both of New Orleans."

Thus, the AACM founders ascertained very individualistic approaches to music under duress. As it was in the '60s, the world of jazz was seemingly imploding.

So while the Village Vanguards of the world are unsure about their futures and while jazz struggles to stay afloat, an organization devoted to the continuation of jazz in all respects is not just a mission but a crusade.