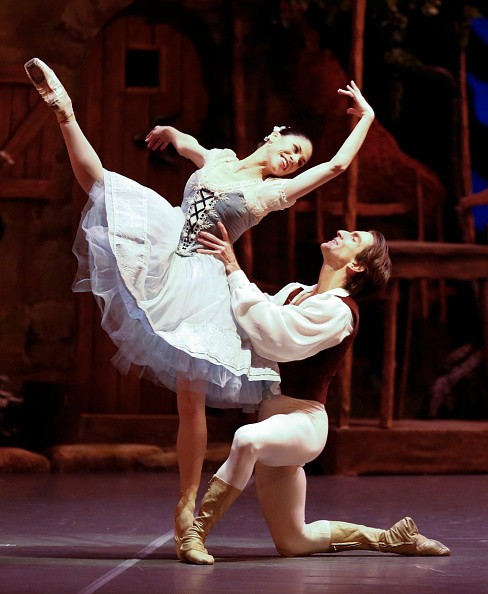 With it's 75th Anniversary season underway, the American Ballet Theatre kicked off another year with a most impressive performance of Othello at the Metropolitan Opera. An internationally renowned company, it's been stated that it will lose three stars from its lineup at the end of this term: Paloma Herrera, Xioamara Reyes and Julie Kent.

The three principal dancers, indeed, will have to bid a tearful goodbye after their final performances. Herrera and Reyes have already danced their last steps in Giselle on Wednesday while Kent will follow suit in Romeo and Juliet on June 20. While they recognize it's time, obviously, the dancers will miss the company that has been there for them for so long.

According to The New York Times, who threw up some final words from the three departing dancers, when asked the difficult questions that are typical of a fond farewell, Kent lamented on the end of her career at ABT, saying, "I would dance forever if I could. It's been clear that the longer I dance, the harder it is for me to let it go."

She continued, "You celebrate your 20th anniversary and then your 25th anniversary, and you're like, when is this going to stop?"

Herrera, who announced last year that she would be leaving, wanted to leave at a youthful age but also at a point of happiness. She said of the decision, "The minute I knew, I wanted to let it out. I couldn't have it inside and not share it. Last year was very intense. After my 'Don Q,' I cried for a week."

Ms. Reyes summed it up with "It's a heartbreak."

The three are not leaving the world of dance as they will continue careers in other areas than the stage. Ms. Hererra will develop a ballet wear business in Argentina; Ms. Reyes will direct a summer program in Barcelona; and Ms. Kent has designs on a book and hopes to develop programming highlights.

For now, preview that tearful Don Quixote by Herrera below.