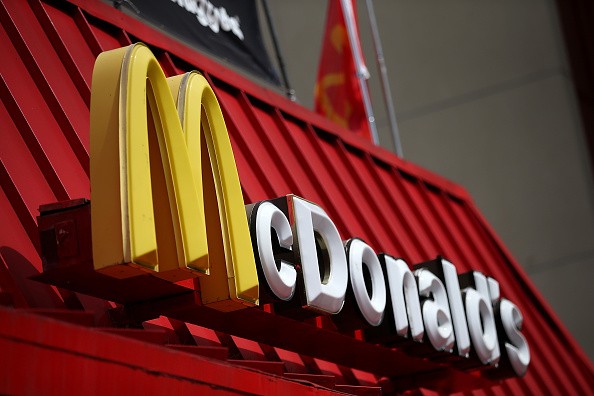 A sign is posted on the exterior of a McDonald's restaurant on April 22, 2015 in San Francisco, California. McDonald's reported a decline in first quarter revenues with a profit of $811.5 million, or 84 cents a share compared to $1.2 billion, or $1.21 a share, one year ago. (Photo : Justin Sullivan/Getty Images)

According to The Daily Record, the fast-food restaurant on Glasgow's Argyle Street stays open late and employs stewards after a total of 200 incidents in 14 months triggered multiple police responses.

But, as the police are a mere response, the arch's top bosses have attempted to take preventative measures by playing classical music through the speakers, drafting Beethoven, Bach, Handel and more into their ranks.

McDonalds Corp. even responded saying that this new installation should help influence calmer tides. A customer of the branch, however, commented on the trouble that encompasses the place of business:

"In the past few years, things seemed to have just got out of hand a little. It's often more about the large numbers of people hanging about outside rather than those inside. But you see some sights there - and late at night it goes to another level. We heard classical music being played the other night and it was actually quite pleasant. It's better than the kind of rave music we've heard before so I think they may be on to something."

While Scotland Yard complains complains that an overuse of police presence requires too many resources, the latest idea should be a more inexpensive approach and, as it's been proven elsewhere, will, in fact, promote calmer behavior.

You be the judge, Classicalites, and listen to some apt Mendelssohn with Nic below.