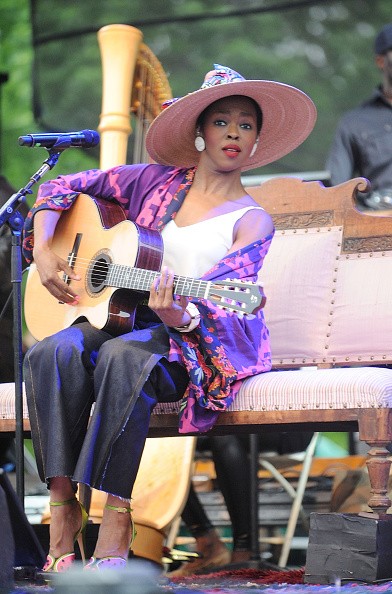 With a Netflix documentary coming out June 26, Nina Simone will receive yet another tribute next month, this time in the form of a covers album called Nina Revisited. Three tracks from that compilation feature Lauryn Hill, Usher and Jazmine Sullivan interpreting Simone's songs through their own voices.

You can stream that tune here.

In a statement, Hill said of her involvement with the production:

"Because I fed on this music, both hers and lovers like her, like my basic food, I believed I always had a right to have a voice. Her example is clearly a form of sustenance to a generation needing to find theirs. What a gift."

So, without further ado, here are some examples of what the new album has to offer listeners.

Lauryn Hill, who co-produced the disc, takes on Simone's massive tune "Black is the Color of My True Love's Hair" and brings it into a new realm, taking a piano ballad and expanding it to a "lush" orchestration.

Usher sings "My Baby Just Cares for Me" and turns the standard into a more modern production, flashing his R&B roots juxtaposed with his jazz-esque voice. It's always interesting to see an interpretation such as this.