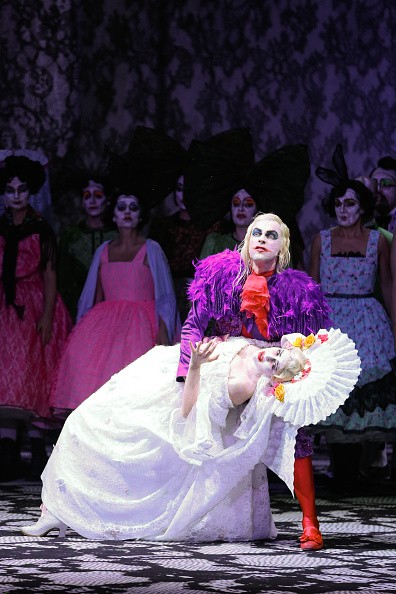 Last Friday, the Royal Opera House staged a BP-sponsored performance of Mozart's Don Giovanni that was broadcast via telecast across the UK on big screens with the BP logo adorning every image.

As it has been stated in the letter, allowing BP to sponsor and socialize itself with these events, it is allowing the destructive company to gain social legitimacy and abscond itself from blame for destroying the environment.

The letter reads in part:

"We are composers, musicians and music researchers who care passionately about classical music, the performing arts and the environment, and believe that the BP logo represents a stain on the Royal Opera House's international reputation. BP was forced to pay the largest criminal fine in history of $4.5 billion for its role in causing the Deepwater Horizon spill in the Gulf of Mexico. Now, despite the warnings of climate scientists, BP pursues new sources of oil in the fragile Arctic, and in the Canadian tar sands, where it tramples the rights of indigenous peoples. "

In this very public way, the Royal Opera House has now been petitioned to join the "growing wave" of others boycotting the oil company.  However, the letter also urges the entire community to, not only abandon, its ties with BP but with all fossil fuel industries.

It compares the fossil fuel industry to the tobacco industry and how, in time, it will be illegitimate to associate any name in classical with companies that actively pollute and destroy the ecosystem.

Everyone from John Luther Adams to Anna Appleby have been named in the letter.

It is their move.

Speaking of, check out something from John Luther Adams below.

Rudy Giuliani and George Pataki to Lead, NYPD to Join Metropolitan Opera Protests for John Adams' 'The Death of Klinghoffer' on Opening Night