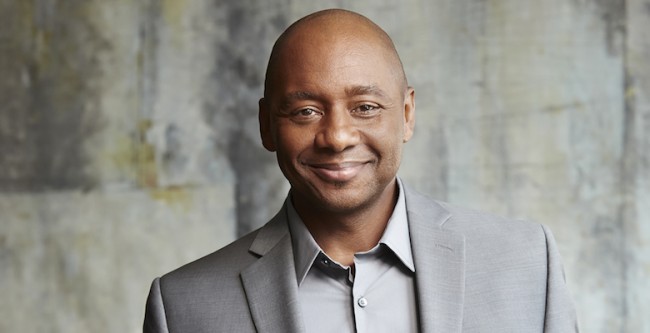 The John Coltrane Quartet performed their greatest work, 1964's A Love Supreme, only once on a stage. In celebration of the 50th anniversary of this seminal jazz recording, tenor saxophonist Branford Marsalis recreates that love on stage in Holland at the Bimhuis--a space beloved by musicians since 1973, since no food or drink is allowed to be sold in the room itself.

"It's all about the music," says Marsalis. And, oh, what music this is!

It was 2003. Marsalis thought he was done with this suite after recording it in the studio on Footsteps of Our Fathers. His manager had other plans, however. After the quartet played it at an industry showcase at the Bottom Line in Lower Manhattan, filmmaker Pierre Lamoureux expressed interest in filming it. He had directed concert films for Pat Metheny, Harry Connick, Jr., Rush and Judy Collins. Marsalis agreed and thought back to the last time he played in Amsterdam in 1981 with Art Blakey and the Jazz Messengers.

The scene was set.

Pianist Joey Caldarazzo was given the tough task to emulate and add to the original McCoy Tyner performance. Bassist Eric Revis had to contend with Jimmy Garrison's iconic bass intros and outros. Drummer Jeff "Tain" Watts might have had the hardest job of all. Since Elvin Jones was such a legendary timekeeper, and no drummer since has danced atop those cymbals with the exact kind of light-lighter-lightest touch, Watts went in another direction.

Now, in this new version, Watts has added a jazz-rock fusion kind of preponderance. His bashing and crashing creates a delirious cacophony 180 degrees away from Jones, obviously stimulating Marsalis to new heights. Branford, for his part, has the courage to tackle Coltrane on his own terms. His flights of fancy escalate during the four movements of the suite before settling back down into a miasma of almost frightening proportions (particularly during the closing "Psalm").

Branford Marsalis may possibly be a better technically gifted sax man than the legendary Coltrane, himself. This is one difficult piece. As Marsalis duly notes, "it takes tremendous concentration and focus from every member of the band."

The second disc of this meticulously packaged double-CD contains the same performance as filmed by director Lamoureux--with added interview scenes of Coltrane's widow Alice (who played piano in his last band), the late Michael Brecker, the quartet and other musicians close to the suite.