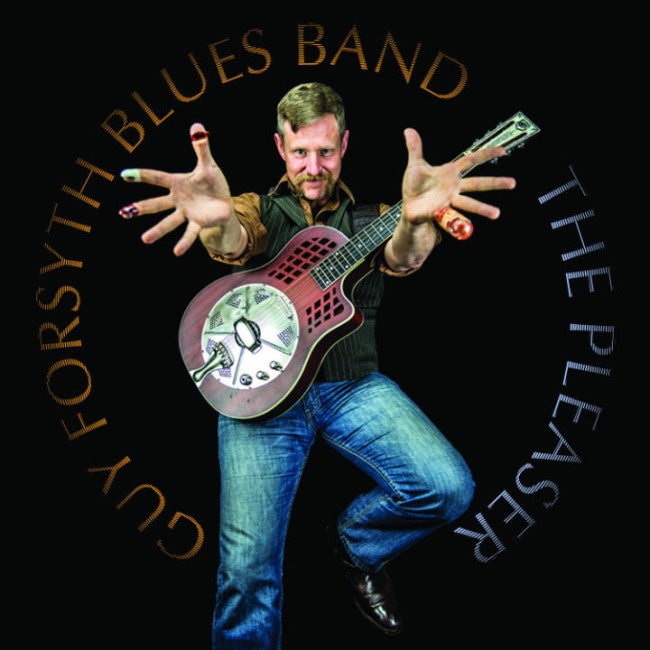 Guy Forsyth, an Austin bar room hero, plays guitar, harmonica, ukulele and singing saw.  For his eighth studio album, The Pleaser, he's reverted back to the blues where he blows that harp and sings his own profanity-laced songs of lust. You can call it Punk Blues.

"Put A Little Sex In It" and "Miniskirt" are catchy little odes but it's on "Nobody Taught Me How To Love" and "Nobody Gonna Bail Me Out" where his inner demons run rampant and glorious in hard-charging vestiges of individualism.

Granted, Forsyth's attitude is more Sex Pistols than Muddy Waters and, thus, not for the squeamish. The dude's an iconoclast. He's also a solid singer and instrumentalist. His other band is The Hot Nut Riveters, an old-timey string band, and he's a hit when he plays solo throughout Europe. (I have to smile at the thought of Euro hipsters thinking of him as a rebel ugly American.)

Dig a little deeper and you'll find such gems as Needle Gun (1995) and Unrepentant Schizophrenic Americana (2006).

Sure, Guy Forsyth is an acquired taste but his brand of unrepentant sin might be just the thing for musical vicarious thrills.