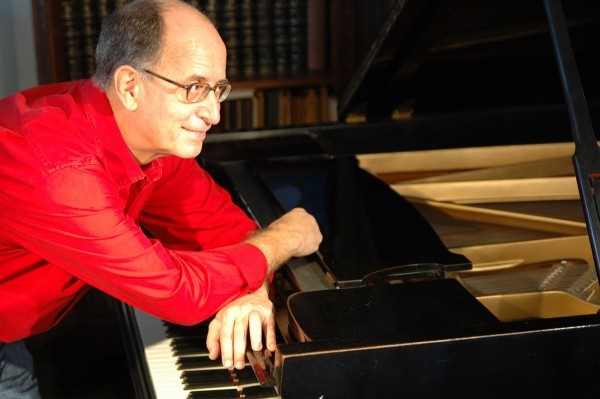 Pianist, composer, arranger, bandleader and educator, Antonio Adolfo, has spent the better part of his 68 years writing film scores in his native Brazil. His songs have been recorded by Sergio Mendes, Stevie Wonder, Earl Klugh, Herb Alpert and dozens of others. Studying jazz under Eumir Deodato as a teen, Adolfo has infused what he learned into a lifetime of bringing the rich cultural legacy of Rio de Janeiro and its surrounding jungles to the forefront in music. To that end, he's pioneered his indie label, Artezanal, into being a main conduit for some of Brazil's important, but all too often forgotten, composers like Ernesto Nazareth [1863-1934] and Chiquinha Gonzaga [1837-1935].

On Tema, he reserves the same respect for his own compositions, taking 10 of his originals that date back to 1967, reinventing them, changing chords, time signatures, adding sections or deleting bridges and even renaming a few to fit their new elongated instrumental versions. It's a beautiful, tropical forest of sound, buoyed by the flute and soprano saxophone of Marcelo Martins.

Steeped in history, Adolfo will never fail to teach. "Phrygia Brasileira" reflects the influence that the Moors had on the Portuguese when they came to South America. The Navajo flute passage melding into the "shakuhachi" style of the Japanese is mesmerizing. "Melos" reflects the wildly popular bossa-nova craze that infiltrated international pop music in the late '60s/early '70s ("bossa-nova" literally translates to "new trend.") The sublime closer, "Variations Of A Tema Triste," is an enthusiastic bolero rewrite of one of his first hits, "Tema Triste."

Peppered with pianos and guitars both electric and acoustic, stand-up bass, electric bass and percussion atop percussion, Tema, which means musical theme in Portuguese, is a swirling kaleidoscopic invitation of a world and a sound that people around the globe just cannot get enough of. I know I can't. One day, though, I hope to experience Carnivale in person in Rio to breathe, eat and drink up the samba. For now, though, we can be satisfied with the sound of one of its main proponents.