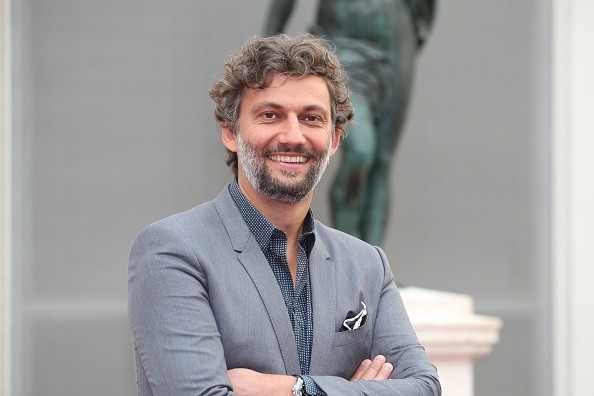 Earlier this month, Classicalite released an exclusive behind-the-scenes look into Jonas Kaufmann's upcoming release, Nessum Dorma - The Puccini Album. Now, in a heated quarrel with his former label, Kaufmann is the victim of a dueling Puccini album adorning his namesake, entitled The Age of Puccini.

The former album, Nessun Dorma, has been a passion project of Kaufmann's for some time now. Perhaps the most famous and sought after tenor in the world, The Puccini Album was recorded in Rome last fall with the conductor Antonio Pappano.

But it gets tricky.

Decca, the singer's ex-label, is pre-empting Kaufmann's September album with a different compilation due out in August. Jonas Kaufmann - The Age of Puccini features older recordings from the tenor singing Puccini arias as well as other works from various composers.

And that doesn't sit well with the heavyweight.

A full statement was posted in light of the situation:

Please do not let yourselves be deceived by the Decca release Jonas Kaufmann - The Age of Puccini. This compilation contains only 3 Puccini Arias - my recordings of "Che Gelida Manina" and "E lucevan le stelle" from 2007 and a scene from La Rondine, did I recorded with Renée Fleming in 2008 for the album Verismo. The remaining 18 tracks are Essentially my old recording "Verismo Arias" from 2010. THEREFORE familiar recordings- in new packaging. I was not Consulted in its making, this thing done without my knowledge and approval. The "real" album Puccini Which I recorded with Antonio Pappano in Rome in Autumn last year is titled Nessun Dorma and will be released on Sony in the middle of September. It Exclusively contains arias and scenes from Puccini's operas Including Highlights from Manon Lescaut, La Boheme, Tosca, La Fanciulla del West and Turandot.

Thus far, neither Sony (Jonas' current label) nor Decca has released a statement. But, as Kaufmann insists, the September release is in fact the "real" Puccini album.

Until the argument subsides, get down with Jonas below.

Jonas Kaufmann Cancels Met Performance of 'Carmen' Due to Illness