Bram van Sambeek Creates 'Save the Bassoon' Fund, Attempts to Save Orchestra 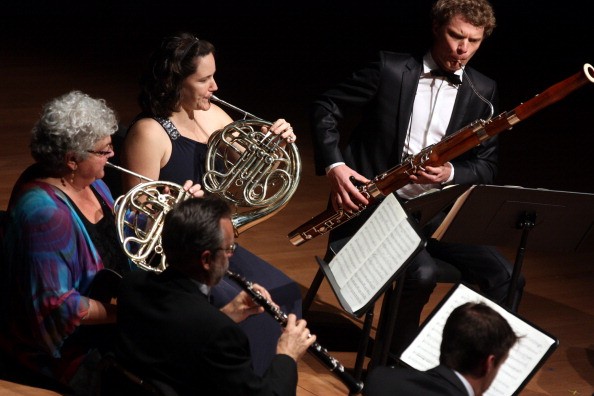 The death of Cecil the lion may have shocked the world but it is in fact another "animal" that truly faces certain death: the bassoonist. At least, that's what Bram van Sambeek would have you believe.  In an effort by Bram van Sambeek to save the future of the bassoon in the orchestra, he has equated the declining popularity of the instrument to that of an animal going extinct.  Van Sambeek calls his effort the "Save the Bassoon Fund."

The Dutch musician and virtuoso bassoonist, van Sambeek, has become convinced that the livelihood of the instrument is soon to disappear. He has equated the plight of himself and the instrument to that of the endangered panda in the past but now he's going so far as to appropriate the World Wide Fund for Nature emblem for his cause.

His campaign started in Amsterdam in June and has become a force spreading through the European Union. As he told the Guardian, "The name of the campaign is deliberately quite dramatic because we want people to think about whether the bassoonist could be as endangered as the panda. There is a danger. And there is a danger to the future of the orchestra as a result."

He continued to say, "At the moment, only about one per cent of people on the street can even recognize this instrument. I am always prepared for the fact that people won't know what it is."

The fund, dubbed Save the Bassoon, began as part of the Holland Festival in Amsterdam which, is run by British director Ruth Mackenzie.

Perhaps the instrument is in decline but is it really on the verge of an extinction and equal to the magnitude of pandas and other endangered species? That may be for patrons and concertgoers to decide.

Nonetheless, the effort stands so far and is gearing up to try to keep the bassoon as a staple of the everlasting orchestra.

Take a moment to listen to an orchestra that has not eradicated its bassoon section just yet.