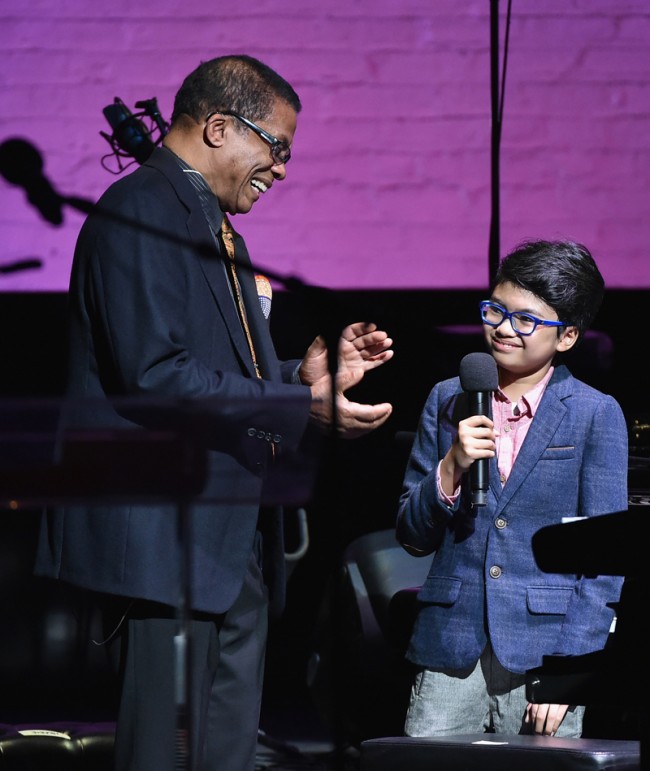 Alexander may perhaps be the youngest performer but Jason Olaine -- director of programming for Jazz at Lincoln Center and who produced Alexander's debut album My Favorite Things -- says that age is of no consideration when listening to the musician.

Having seen his dad play when he was (even) younger, the notion of playing music stayed with Alexander, like other performers who found their calling in music early.

He says to NPR, "Well, my dad played a little bit of piano and guitar, but not that professionally. I saw him play and [felt] like, 'I want to play. I want to try this instrument.'"

It didn't end there. Delving into his dad's vinyl repertoire he found the music of Duke Ellington, Billy Strayhorn, Miles Davis, John Coltrane and Bill Evans called to him like it had when listening to his father.

He moved from Bali to Jakarta to play with Indonesia's greatest jazz musicians and stumbled on a much older, yet similar player, Herbie Hancock. After the jazz great heard him, his name spread by word-of-mouth and soon he was playing in Lincoln Center at 10 years old.

As the Newport Jazz Festival closed, it was astounding to have the young player as a center feature of the gala. Not too far away, the Newport Folk Festival celebrated its 50 years with a jaunty Dylan remake of "Maggie's Farm," which was played on the exact Strat Mr. Dylan donned before.

Regardless of his age, Mr. Alexander is certainly worth noting. His style is not encompassed solely by his age, he actually is a very talented performer by any measure.

Don't take my word for it, you can hear him for yourself in this video.