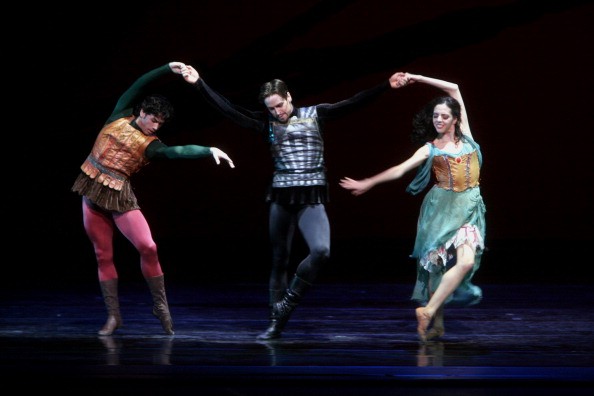 Just announced, The Metropolitan Opera will change its staging of Verdi's Othello so that it no longer includes its traditional blackface-style makeup. The fall season opening performance will be the first time in the production's history since 1891 without the makeup.

In a statement, the Met proclaimed that it is "committed to color-blind casting" and that the Latvian tenor who plays Othello, Aleksandrs Antonenko, will perform sans make-up.

The statement in full says,

"Although the central character in Othello is a Moor from North Africa, the Met is committed to color-blind casting, which allows the best singers possible to perform any role, regardless of their racial background. Latvian tenor Aleksandrs Antonenko is among a small handful of international dramatic tenors who can meet the considerable musical challenges of the role of Otello, one of the most demanding in the entire operatic canon, when sung without amplification on the stage of the world's largest opera house. In recent seasons, Antonenko has sung the role to acclaim at the Royal Opera in London, at the Paris Opera, and with Riccardo Muti and the Chicago Symphony Orchestra at Carnegie Hall, and we look forward to his first performances of the role at the Met in Bartlett Sher's season-opening new production. Antonenko will not wear dark makeup in the Met's production."

Hyperallergic was first to the news, which quoted general manager Peter Gelb acknowledging that the issue is sensitive and this approach would be in step with a more progressive culture.

Othello will the Met's season opener, which is inspired by Shakespeare's play of the same name. Director Bartlett Sher matches the intensity of Shakespeare's tragedy and maintains a similar vision from the text preceding it.

It is often cited as Italian opera's greatest tragedy so it should be interesting to see the Metropoitan Opera make an effort to identity the play with the sensibilities of a different era of performance.

In the meantime, preview Othello below.