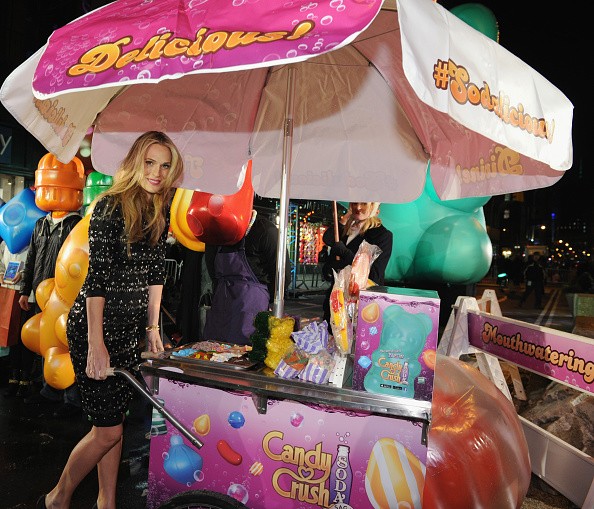 While some half-a-billion smart phone and tablet users download "casual games" to their devices regularly, it's easy to overlook some of the more minor elements that comprise the game. For Candy Crush Soda Saga, the music is perhaps one of the more impressive details behind the app.  John Holmström composed the score for the Candy Crush sequel and it was performed by the London Symphony Orchestra at Abby Road. As he indicates, the earlier version of the game featured synthesizers and MIDI-produced sounds. As is this time around, it's a nice break to bring an orchestra into a studio and record some live sounds.

"...The music is pretty great; unlike previous Candy Crush soundtracks, Soda Saga's music is longer and goes through mood changes before looping back around to the beginning."

In addition, as the article continues, hundreds of millions of people around the world hear Holmström's music every day.

To add to this interesting etymology, the music was recorded by the London Symphony Orchestra--yes, the world-famous symphony heard 'round the world--at Abbey Road Studios. We don't need to tell you who recorded there in the past (er, the Beatles).

Scores for video games have become a relevant topic in today's orchestral environment. For someone like Tommy Tallarico, who has worked on more than 300 titles like Mortal Kombat and more, he even goes so far as to say "If Beethoven were around today he'd be a video game composer."

A stretch, indeed, but he has a point. He continues, "Video game music is the most unique in history. When you play a video game, that character is you. His music is the soundtrack of your life."

So be sure to pick up a copy of the app on your device and take a closer look at the music next time you're sneaking in some entertainment at the next dinner party.

Until then, check out what Holmström had to say about the experience below.