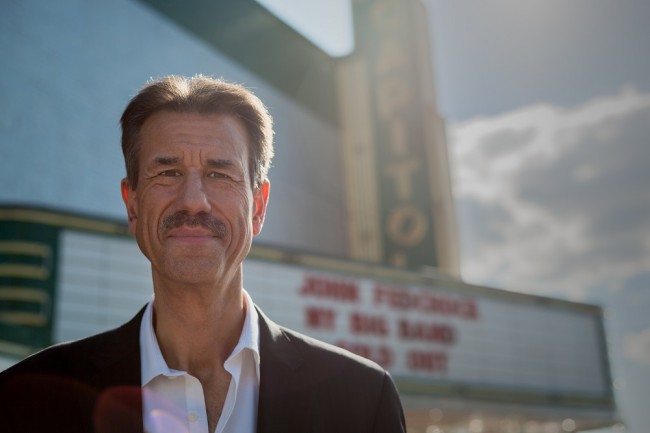 Trombonist John Fedchock arranges, writes and leads his New York Big Band on 'Like It Is.' (Photo : Courtesy MAMA Records)

This 16-piece orchestra under the direction of John Fedchock, the former Woody Herman trombone soloist, musical director and chief arranger-is a lush affair with colors bleeding into rhythm. Fedchock, for his fifth big-band effort, uses the palette of creative artistry to blend different soloist personalities into the whole. Duke Ellington used to do the same thing. So do baseball managers. The result, in this case, is a sumptuous feast of across-the-board jazz sub-genres.

Half original and half interpretive, the fun lies in disparate elements coalescing. Cedar Walton's "Ojos De Rojo" is sandwiched between two Fedchock stunners that accentuate solos marked by busy arrangements that never sleep like the city from which the band gets its name. Eleven soloists, six saxophones, two trumpets, trombone, piano, bass, drums and Latin percussion all fight for attention on post-swing and post-bebop.

From an original bolero ("Havana") to the flagrantly flowery Nat King Cole ballad "Never Let Me Go," from Ellington's "Just Squeeze Me" to Ben Webster's "For Heaven's Sake," Fedchock's chops are on full display as soloist and arranger. The quirky title track is so dated, it sounds new again like a '60s boogaloo flashback. You can almost dance the cha-cha to it. The highlight, though, has to be "Ten Thirty 30," commissioned for the Clifford Brown Symposium, that liberally borrows from the tragic trumpeter's considerable bag of tricks (he died on the Pennsylvania Turnpike in 1956 at 25 but not before many thought he had a shot as being the greatest of them all). This adventurous 8:13 closer, with a title from the simple abbreviation of Brownie's October 30, 1930 birthdate has piano, trumpet, trombone and tenor sax solos that echo his oeuvre.

A worthy successor to his Fluidity release earlier this year (and his eighth CD over-all as a leader), Like It Is is like a signpost to the future for Fedchock, not yet 60, who has now led his own quartet, sextet and big-band after plying his trombone trade patiently for Gerry Mulligan, T.S. Monk, Louie Bellson and The Carnegie Hall Jazz Band.