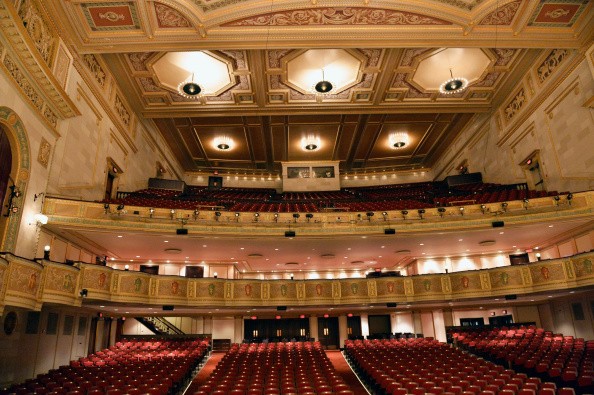 A general view of the interior of Orchestra Hall, built in 1919 and home to the Detroit Symphony Orchestra, on August 13, 2014 in Detroit, Michigan. (Photo : Paul Marotta/Getty Images)

The Detroit Symphony Orchestra and its executive president Paul Hogle will be donning a digital format--meaning the company will launch an online, digital streaming initiative of its webcast performances entitled Replay.

As of late, it is reckoned as the country's only on-demand archive of orchestral video performances, which are intended to be a perk for donating $50 to the DSO's annual fund. Replay, the new service, will allow listeners to see old performances from the orchestra's free high definition webcasts.

The performances date back as far as three years and are considered free after the donation is made.

Paul Hogle says that the new initiative is to promote and repair the DSO brand--by engaging with audience members, musicians, board members and on that frequent classical music performances and recordings.

Hogle said in a statement, "In any city on the globe where you can get Internet service, from the tiniest town in the most remote area, to the most sophisticated big city, the Detroit Symphony can be your orchestra."

For now, the archive includes more than 100 works with new content added continually throughout the season. However, per the Detroit Free Press, the DSO's contract with its musicians limits any rebroadcast to a three-year time frame.

The Berlin Philharmonic had a similar initiative via an active digital platform. For approximately $16 a month, it offers a weekly subscription based series as well as maintaining a large archive of concerts 20 years old.

Regardless if they were first to visit this idea of streaming classical music or not, the DSO has a progressive approach to an ever-changing digital world. As always, it's a positive effort to help adapt to a new era of social media.

For now, revisit a performance by the DSO below and be sure to donate for your own version of their digital experience.

How the Internet Has Ushered in a New Era for Classical Music, According to Leon Botstein

The Column: Is Kickstarter Bad for Classical Music?