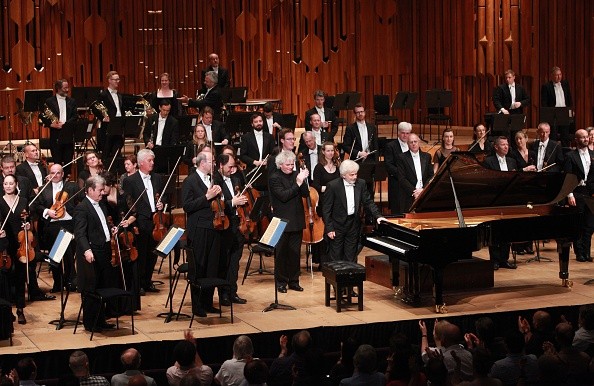 Bringing technology to fashion is not a new concept but it certainly hasn't been applied this way before. Bringing classical music with you wherever you go with an illuminated screen may make you the talk of the town at your next social gathering.

Broussard explains: "The idea is to radically bring technology to fashion, but with creative beauty within a functional beautifully designed bag. There is a rise of video creation and consumption. This design adds a new dimension to self-expression by introducing motion to fashion with videos."

Available for pre-order, the Diana Broussard video (as seen below) has been downloaded inside the memory disk. Along with it are two other spaces for your own personal videos. You can convert any video to AVI to download it and the visual will play subsequently after the former.

The db Chronicle bag also comes with a USB cable to add or remove the videos. In addition, the same cable can double as charging chord to keep the battery going. It can be charged via your computer or any wall adapter.

Sadly, the battery only lasts for 90-120 minutes, so don't plan on being out too late with the item.

There is a limited edition of 150 bags so be sure to reserve yours today and be sure to personalize it accordingly.

Credits in the video include director/creator of the video by Giovanni Locantore with music from David Lang's "optimism" performed by Sō Percussion and published by Red Poppy Music. The music is from album The Woodmans, courtesy of Cantaloupe Music.

Joni Mitchell Has a Fashion Moment with Yves Saint Laurent, Talks 'Love Has Many Faces' and More