How the 'Now' Generation Caused the Death of Sheet Music Retail 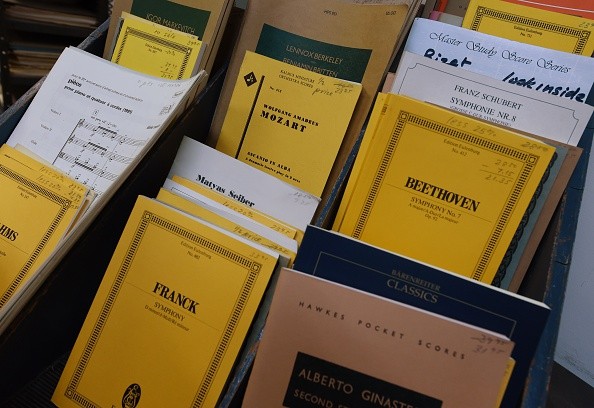 The encroaching "paperless society", while stubborn and elusive, has stepped forward to deliver a devastating blow. Frank Music, the last devoted sheet music retail store in New York City, has closed down. It had a 78-year run. As The Guardian's virtual obituary for the shop reveals, it met with a sorrowful end. Pitifully recalling the days in which a single customer failed to enter the shop, the aged booksellers made no pretenses about their final day in business: there was no silver lining. As a pianist and enthusiast for all things New York, I was saddened that I never had the chance to visit this relic of the past. Suddenly, that got me questioning: why hadn't I visited? Furthermore, why don't most musicians yearn to visit sheet music stores with the same fervency as they do record stores or equipment stores? To answer this, I had to consider the market (the "Now" generation) and review my own sources for sheet music over the past 17 years.

As a child, sheet music was supplied to me almost exclusively through my teacher, who would mail-order books through a subscription. For a small surplus to my tuition, she would do the legwork, guide my instruction, and order the books she thought I could use. And, if she noticed I was beginning to enjoy a particular composer or style, then for Christmas or my birthday the books would be free. When I completed a book, I got a star sticker. When I completed twelve books, I got a small toy (to say nothing of the hard-earned repertoire, skills, and self-satisfaction).

It is common for children's sheet music to be collected in books to provide students with a clear project ahead of them. Each page turned and each piece learned bestows the child with self-confidence and a sense of progress. Even with advanced work, it is common to collect pieces in this manner. It helps to group similar styles, similar composers, or to fulfill musicians' collections with composers' anthologies. Single-sheet scores are also available, mostly for knee-jerk acquisitions and for ease of sight-reading, but they aren't nearly as cost effective as books.

Before I was out of college, the Internet had already seen the birth of IMSLP.org (the International Music Score Library Project run by Project Petrucci LLC), which houses a wealth of print-ready works straight from the public domain. On the chance the work is not from the public domain, each PDF file opens with a disclaimer about as laughable and legal as a torrent client's disclaimer. Naturally, students and teachers alike made avid use of the service in spite of the dubious sources and, unlike most college fields (where students were still compelled to buy textbooks), music students were actually encouraged to keep their money and print, print, PRINT! (Had I known that with this advice I'd be facilitating the death of an industry, I might have just coughed up the change.)

The ubiquity with which IMSLP came to be used raised some familiar flags with the P2P torrent bonanza---which still persists, although not, as was otherwise speculated, to the same detriment of its retail cousins. Physical media, briefly scared out of its wits, has barely taken a hit. If anything, record sales have actually been bolstered by the fanship accrued online.

The same cannot be said, unfortunately, for sheet music retail. Online, there is a decent market for it, perpetuated by instructors who regularly purchase up-to-date music for children; but as for the casual window-shopper, the options are severely limited. Some respite can be found in corner sections of music equipment stores and major booksellers like Barnes & Noble, but Frank's Music Company was the last powerhouse of its kind. 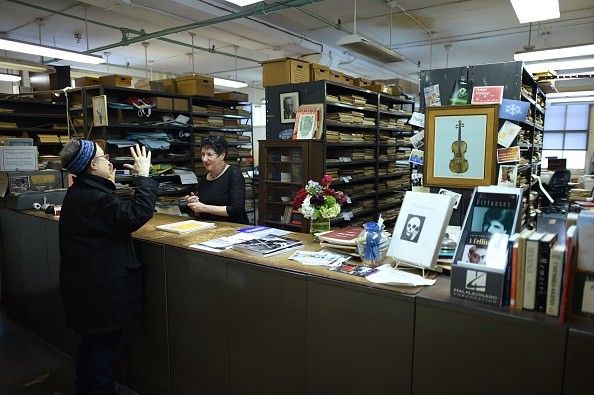 The ramifications of Frank Music's demise are largely sentimental; however, they come with some unsettling implications. For one thing, the browsing and exploratory culture of music performers may be in danger, and for the first time at odds with the increasingly eclectic tastes of listeners. Compared to services such as Spotify and Pandora, which, in light of their browsing capabilities, are fast expanding the horizons of an entire generation, sheet music is becoming thoroughly geared toward what we want, when we want it---regardless of whether or not the sources are legal or reputable.

Another thing to consider is the musical era most students are absorbing. As explained for older pieces, IMSLP dominates, and that's that. For fresher, supposedly bolder pieces by modern mavericks, there isn't the same demand from students, perhaps owing to the fact that, currently, non-public works still coincide with movements of contemporary classical that are strikingly esoteric. Many of these pieces challenge tradition, and therefore challenge audiences. Sure, audiences will be curious, but perhaps not sold. Therefore, if we assume that a huge part of being a student is playing to impress and prove oneself, then, if the message doesn't come across, which has failed: the student or the piece? Whatever the answer may be, many students would rather not deal in such ambiguity and simply shoot for the crowd-pleasers. Similarly, modern pieces are not yet the accepted test of a performer's skill. For this, we still seem to gravitate to Chopin, Rachmaninoff, Paganini, etc. From this, we might assume that if a student is hell-bent on a modern piece, they are likely "on a path" already. They will know precisely what they want and order it from Amazon---well, either that or the other thing.

All this amounts to yet another notch on the belt of the "Now" generation, which has been steadily gaining traction for years in other areas, although never to such a visibly destructive end. With sheet music stores behind us, either teachers or students are calling the shots, but rest assured, the books are not.

Granted, for most musicians sheet music doesn't afford the same browsing capability as records, which are instantly digestible. Unless you're a proficient sight-reader with perfect pitch, rows of sheet music would always remain somewhat of a mystery. But isn't that the fun of it? Why, after all, should there be so much reservation for a musician in testing the waters? That's the challenge of BEING a musician. For example, try equating the experience to what you'd otherwise go through in a record store. You'd wander down a dusty aisle, remark at a curious cover with old-timey designs, and pick it up just for kicks! Even in the context of music lessons, take the one book you hated to work through, maybe more than your math textbook. It was only at the behest of your teacher that you'd rise to the challenge, get through it, and ultimately feel better for it. A part of me thinks we've lost that clear path---the resolve and focus to do things we sometimes didn't want to do. So, for all the great things the "Now" generation has given us, resolve is something it may finally have taken away.