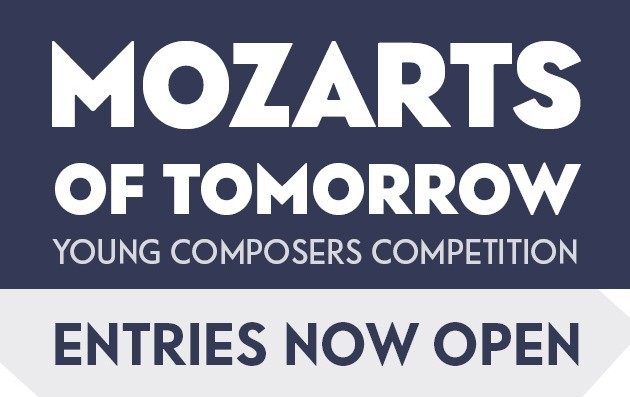 As per its distinctive performance tradition of the classical rep, as well as the ‘Reclaiming Mozart’ strand this runs through this 2015-16 season, the Royal Northern Sinfonia have established a new competition for young composers to write for a Mozart-sized orchestra.

Having stirred the personnel pot earlier with the appointment of pianist Lars Vogt as music director, the Royal Northern Sinfonia--the United Kingdom's only full-time chamber orchestra stationed there at Sage Gateshead--is now challenging young U.K. composers to stir up its repertoire. Yes, the well-established tradition of prominent ensembles hosting rigorous competitions for emerging voices is summoned once more.

This time, though, it's more of a mandate.

You see, the RNS has set out to "safeguard the future of Mozart's orchestras." That is, the chamber orchestra, the composer's mastered arena. With fewer composers writing for that medium (strangely enough, at a time when it's never been better) consider this call for scores a call to action, both a challenge and a campaign. Apropos, then, Royal Northern's "Mozarts of Tomorrow" competition is open for submissions until 5 p.m. on Saturday, October 31.


Indeed, today is the best time to be writing for the chamber. Or, as eloquently put by maestro Vogt, the world "probably has finer chamber orchestras now than at any time in history." One of the most elite ensembles therein (actually, hailed by The Guardian as "practically flawless"), the Royal Northern is an ideal band for an upstart composer to make a name with.

Open to all full-time students (undergraduate and postgraduate) at any U.K. university or conservatory during the 2015-16 academic year, the "Mozart of Tomorrow" will be determined by the distinguished jury of Sally Beamish, John Casken, Agustín Fernández and freshly minted RNS MD, Lars Vogt.

Once the gate is closed on October 31, all scores will be considered by Vogt and the Royal Northern Sinfonia. Only six semi-finalists will enjoy the opportunity to workshop their piece with the ensemble. And of said six, just three "Mozarts of Tomorrow" will be selected for public performance.

For detailed information about the submission requirements, click here, Classicalites.

We're looking for the next Mozart...If you're studying full-time in the UK, you could be in with a chance of winning £...