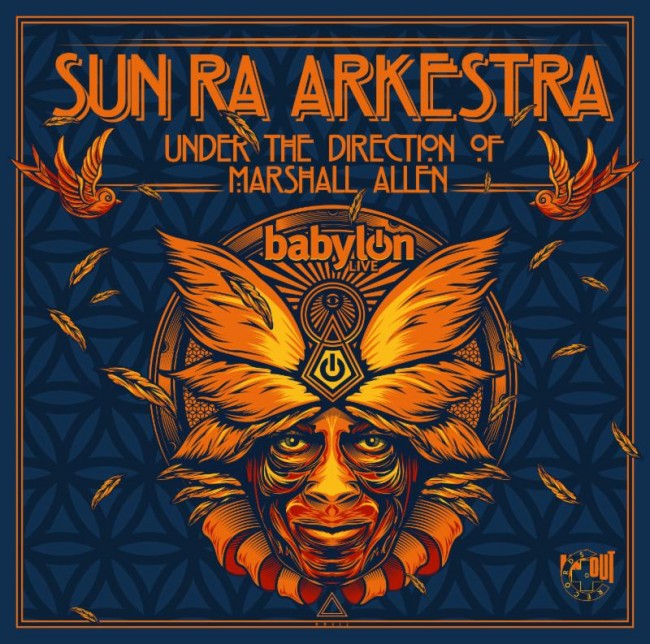 There's never been another like him. Sun Ra, like Charles Mingus, like Rahsaan Roland Kirk, was a jazz provocateur. His physical body might have died in 1993 at age 79, but since he always claimed he was from the planet Saturn, his chemistry might be different. Born in Alabama, he went on to confound jazz enthusiasts his entire career, forming his Arkestra and playing the most avant-garde pastiche of crazy Disney, swing, bebop and what he called "Afro-Futurism."

Last year, under the direction of Marshall Allen, 91, in celebration of the 100th anniversary of Sun Ra's birth, the newly dubbed Centennial Arkestra hit Istanbul swinging hard, making a joyful noise with many Arkestra veterans filtered with some new blood. The result is a wild cacophony of bold proportions. The sounds escape as if each note is being devoured by a zombie and is fighting for its life. It's desperate, angry and pulsating music that doesn't exactly draw you in to the heart of its insanity but pulls you by the throat. You're either going to love it or you're going to have to leave the room. It's Heavy Metal with horns instead of electric guitars. Alternative for sure.

Need more? There's an accompanying DVD where you get to see the parade of the musicians as they march in the street towards the Babylon venue. (Warning: My classically trained musician/educator wife, upon hearing "Satellites Are Spinning," the 11:23 closer, derided it "as the worst music she ever heard in her life.") OK, fine, so the last track is, uh, rather unlistenable with its chants, moans, repetition, bells and gongs. Still, Ra classics like "RA #2," "Saturn" and "Discipline 27B" are like nothing you may have ever heard before and, as a result, a new genre is formed: Solar System Soul. Somewhere Sun Ra is smiling.