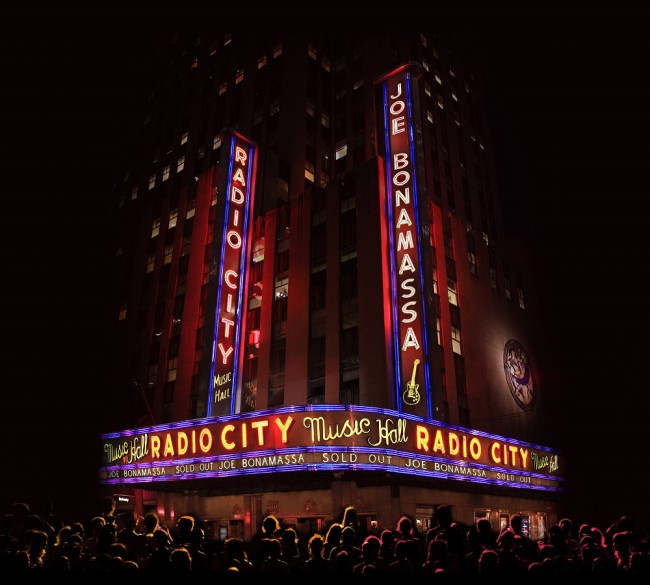 At this point, guitarist Joe Bonamassa has to be looked at as the modern-day equivalent of such icons as Stevie Ray Vaughan, Johnny Winter and even Jimi Hendrix, blues guitarists all. Just as Jimi was so much more than a died-in-the-wool bluesman who just happened to be a rock god on the side, Joe also has multiple facets. But, as they say, it all comes back to mother earth: the blues. Live At Radio City Music Hall (J&R Adventures) is his January 2015 debut on arguably the greatest stage in the world. He made the most of it.

Calling it a "career-defining milestone" in his heartfelt note to fans within the elaborate packaging (which includes a DVD), Joe, a New Yorker, thanks the 10,000+ who came out over two nights. There's even a picture of his great-grandfather, Buddah Bonamassa, on that same stage in the 1920s playing with the Mickey Caleo Orchestra. It's a pic that sat atop the piano in the Bonamassa household since he was a kid. 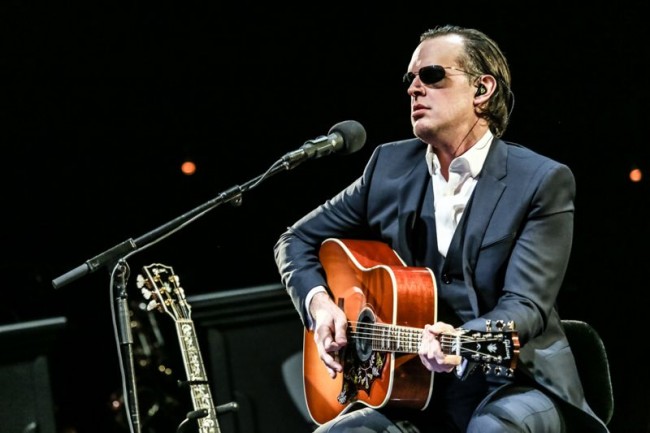 Because of his penchant for exploring different genres, the instrumentation includes fiddle, mandolin, mandola, trumpet, trombone, saxophone and percussion to go along with Joe's vocals/guitar and his regular band of bass, keyboards and drums. He's morphed into a powerful singer since he's started, improving upon dynamics, slurs, phrasing and an engaging/enthralling kind of likeability.

You know he'll interpret blues titans Muddy Waters ("I Can't Be Satisfied") and Willie Dixon ("Hidden Charms") but he also does justice to Daniel Lanois ("Still Water"). Here, as opposed to his recent all-blues tour, he concentrates on originals, which span the gamut of emotion from acoustic folk-rock to hard rock ("Dust Bowl" is a favorite). They're all played with grace, fluidity, passion and an unerring sense of drama and theatrics that sucks the listener in, especially on "I Gave Up Everything For You 'Cept The Blues" and "Different Shades Of Blue." Highlight? Tough to call but his "Black Lung Heartache" (DVD only) is a killer.