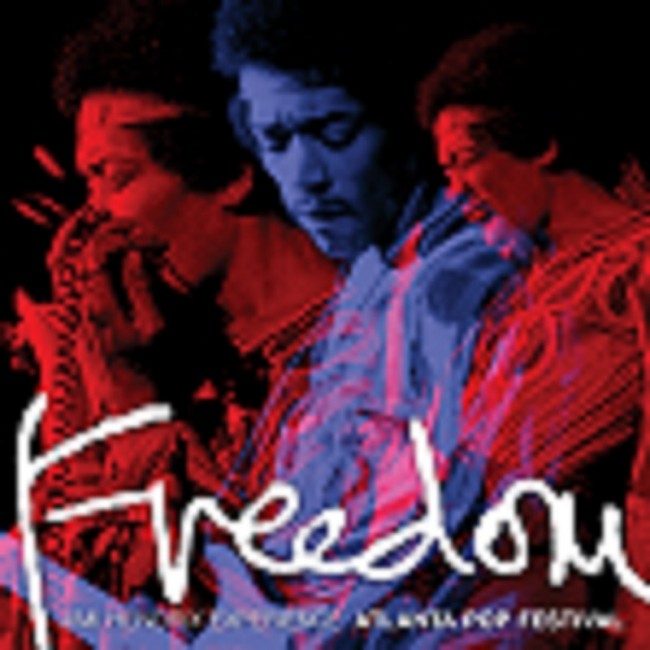 Just as Ray Charles was one of the greatest country singers of his generation, Jimi Hendrix was one of the greatest blues guitarists of his. The fact that his deep affinity for the blues is obscured by his pioneering rock'n'roll work is akin to how Paul Simon's masterful guitar playing is overshadowed by his Shakespearean compositional prowess. But I digress.

Jimi wanted his "Red House" blues to be included on his 1967 Are You Experienced debut, but it wasn't. On the new 2-CD (or four-sided vinyl)  Freedom: Atlanta Pop Festival live album (Legacy Recordings), he plays it and plays it hard. He also plays the "Star Spangled Banner" (after all, the set took place on the July 4, 1970, just 74 days before his death). The National Anthem he plays here is an atonal, free-form, avant-garde jazz gem where, similar to what he had played to close Woodstock the previous year, you can hear the "bombs bursting in air." All of this is followed by a backdrop of exploding fireworks that must have blown more than one mind.

The Second Annual Atlanta Pop Festival had a crowd estimated to be between 300,000 and 400,000. It would turn out to be the last great American fest of that size. With Billy Cox on bass and Mitch Mitchell on drums, Jimi storms through his arrangement of Dylan's "All Along The Watchtower," which was so powerful that for years, Dylan himself, when performing the song in concert, used Jimi's arrangement. "Fire," "Spanish Castle Magic," "Room Full Of Mirrors," "Hear My Train a Comin'," "Message To Love," "Freedom," "Purple Haze," "Hey Joe," "Stone Free" and "Straight Ahead" seem rushed, but brilliant still.

Electric Church, the documentary about this performance, debuted on Showtime last month and will be available on DVD and Blu-ray on October 30.

Being the total studio geek that he was, we're all the better for the hours upon hours of jams, inventions, blues, jazz, originals and covers of his peers that we still haven't even heard. Rest assured, there will be new Hendrix music to savor for years to come now that his catalog is firmly in the hands of his family.