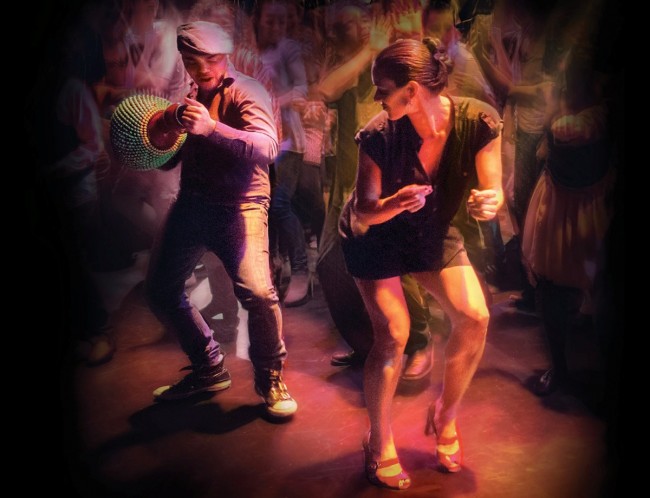 'Cuba Libre' takes the histories of the band, Tiempo Libre's individual members. The result is a new Cuban-infused musical that brings together the traditions of its community for a blend of beautiful musical synergy. (Photo : Owen Carey)

Tiempo Libre may be a group of seven young Cuban musicians but their music will now take a new approach, this time for the Broadway-scale musical Cuba Libre, produced by Artists Repertory Theatre. The production made its premiere in Portland, Oregon and is making a splash all over.

It's been written up as a "bilingual theatre experience - with the majority of the dialogue in English and the music largely in Spanish." The musical was written by Cuban-American playwright Carlos Lacámara, and is an amalgam of individual histories from the members of Tiempo Libre.

The production has ambitions for Broadway, which makes sense as it has a pool of big names in support of the show, including Tony-nominated Susan Dietz and award-winning director Dámaso Rodriguez, as well as Cuban-American choreographer Maija Garcia.

The group itself is a three-time Grammy nominee, too. Since their debut at the Ravinia Festival in the summer of 2002, Tiempo Libre has become a leading figure in Cuban music in the U.S.

Of the performance, Oregon Live reported that, "The forward-moving energy of the play comes directly from the creative space that gave it birth and set it in motion. Under the tenure of artistic director Dámaso Rodriguez, Artists Repertory Theatre has become an artistic melting pot, a hub for local theater with robust support for new works, and companies in residence as varied as the Portland Shakespeare Project and Hand2Mouth Theatre, a troupe that collectively writes and performs its own work. "

Coined as "..A dream in the making" by Rodriguez, Tiempo Libre is currently signed to Universal Music Latin Entertainment and should be a name long staying in the Cuban-fusion genre.

They are also quite good friends with a Classicalite favorite, Joshua Bell, who featured the band on his 2009 album At Home with Friends.

If you're in the area be sure to pick up a ticket and check out the show.

In the meantime, however, preview Tiempo Libre and their ambitions below.

"Be sure to vote for your favorite celebrities at the 2015 MT Buzz Awards. If you share your vote on Twitter, using #MTBuzzys, then you will be automatically entered in our contest to win a $25 Amazon gift card."