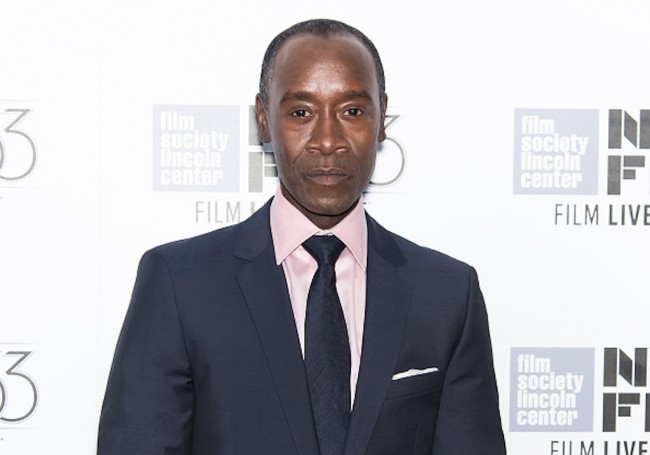 Earlier this year it was reported that Don Cheadle would be writing, directing, producing and acting in a biopic about Miles Davis entitled Miles Ahead. Now, the first clips from the movie have surfaced and it has many anticipating its premiere in 2016.

The clip comes to us via the good people at Yahoo. In it, we see Cheadle as Davis navigating his way through a sonic pathway with his band, editing certain details of the music to fit the sound he has in mind. Cheadle certainly channels the collective cool that housed Davis as an artist.

While he may be a legendary artist, Davis endured many hardships on his way to becoming a defining figure in jazz. Cheadle's biopic, thus, takes place during a time of strife in the musician's life. Having indicated that it will be a window into the low-point of his career, Cheadle has provided the film with acting splendor.

The actor told Entertainment Weekly last year, "I wasn't interested in [making a biopic], and I'm not interested by all the things that a traditional biopic does. I want to tell a hot story that's full of his music that feels impressionistic in that it finds a way to incorporate all his musical styles and influences and ideas. It needs to feel like his approach: 'I don't care about what happened before. I'm about what's happening now and about what's happening next.' That's Miles' marching orders to me."

However, it's also been noted that the film, which closed the New York Film Festival recently, has an astoundingly low number of musical performances. Regardless, that won't take away from the thrill of the musician's life, and the film will have a major debut next year with anticipation building high already.

Check out the clip below and be sure to check in for an exact release date soon.