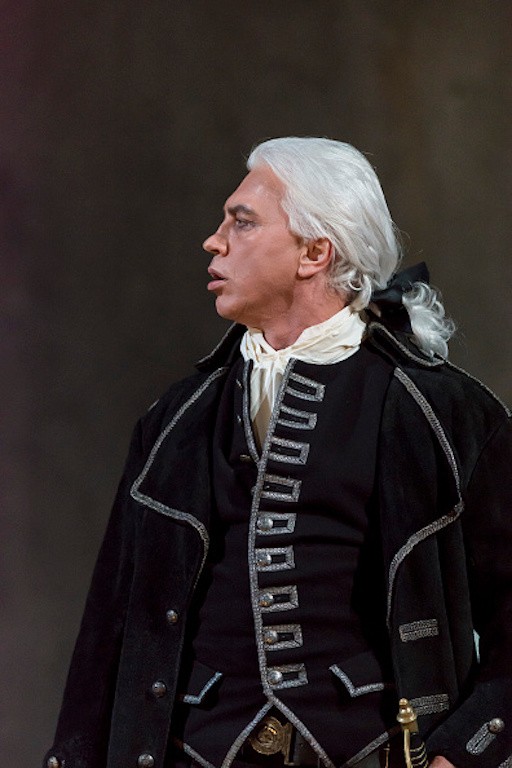 Dmitri Hvorostovsky, the beloved international baritone undergoing treatment in London for brain cancer, was awarded the Order of Alexander Nevsky by Vladimir Putin, Russia's president. The award is given for exceptional artistry.

Earlier this year, Hvorostovsky was admitted at one of London's cancer hospitals to receive treatment for a brain tumor. The news came as a shock to the opera world and forced the singer to cancel the rest of his engagements.

As it was reported, the singer's balance was unstable and his future seemed bleak, according to a post on his official website:

"It is with great regret that Dmitri must cancel all performances from now until the end of August. He has recently been suffering from serious health issues, and a brain tumor has just been diagnosed. Although his voice and vocal condition are normal, his sense of balance has been severely affected. Dmitri will begin treatment this week and remains very optimistic for the future."

However, in a flash turn of events, it appears as though Hvorostovsky will make a full recovery and even sing at the Helikon Opera's opening gala on November 2.

Opening at the Helikon Opera is a special occasion and will be made greater by the singer's performance.

Dmitry Bertman, artistic director to the opera, said in a translated article:

"At the gala, we expect so many guests and friends of our theater. Dmitri Hvorostovsky, Jose Cura and Olga Borodina. And Inva Mula, known not only for her operatic works, but also for the fact that she sang the role of Diva Plavalaguna in the movie The Fifth Element."

Congratulations, Mr. Hvorostovsky, on a most deserved accolade. There are, obviously, many more to come along with an increase in health.

For now, though, ennjoy a performance by the phenomenal singer: