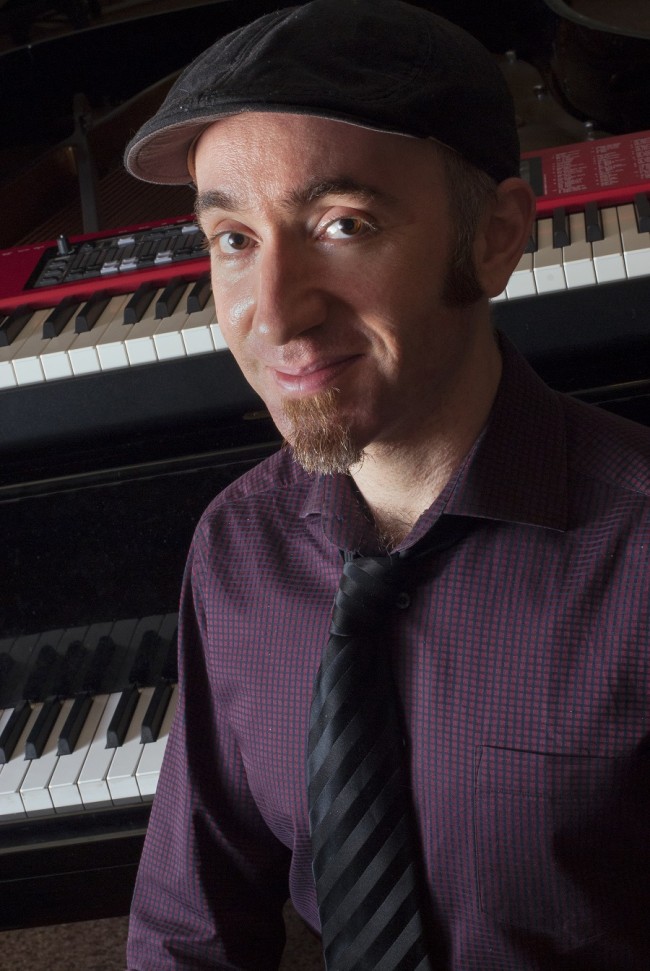 The pile gets bigger every day. Not that I'm complaining, mind you, but having done nothing my whole life except listen to music and tell people about it, it's a great problem to have. Some worthy artist (like Michael Gallant or Alphonse Mouzon) who honestly sent me his CD in the mail is going to get short-changed. It's just the nature of the game. Folks come over the house all the time and ask me if I really listen to every single one of these CDs. I tell them yes because if I didn't, I'd be a whore. Y'see, back in the day, I used to cart 'em all to my best friend who owned a used record store. Now, at 64, I have a complex will that divides my music between my wife, children, grandchildren, cousins and certain friends. And when I go--just like Janis Joplin left a cool grand for her friends to party out upon her demise never thinking she'd go at 27--I want my friends and family to have a pizza and sushi party at my house while they plumb the depths of my deep sea of music.

Back to the business at hand. Please be it known, though, before we start, that each and every one of these artists and CDs deserve more than a wrap-up sentence or two but, alas, as I said, it's the nature of the game for some hard-working artists to get short-changed. Take keyboardist/composer Michael Gallant and his trio, for example. His 2013 Completely debut showed more than just promise. He's followed it up with Live Plus One on his own Gallant Music label. Consisting of 11 live tracks performed in his DC hometown with his working trio of electric bassist Dmitry Ishenko and drummer Rob Mitzner (the +1 is acoustic bassist Pepe Gonzalez, his mentor since he was a teenager). Gallant, 35, a former Keyboard magazine Senior Editor, grew up loving rock's energy, especially grunge. Here, he plays his Nord Electro 3HP keyboard simultaneously with his Steinway piano to meld two voicings to exotic effect. Performing funk as well as solo stride piano, he's also big on dissonance to create an alternative side effect.

Drummer/composer/arranger Alphonse Mouzon was one of the early leading lights of 1970s jazz-rock fusion. His fifth album, Virtue, in 1977, features his speed-zip style on the skins and the great sax man Gary Bartz. Pilfering styles with substance, this joyride culminates in "The Mouzon Drum Suite: A) Jazz-Rock Improvisation, B) Out Of The Desert, C) Colors Of Africa and D) Total Swing." It's an 8:31 doozy, closing Virtue's re-release by MPS Records out of Germany. South Carolinian Mouzon, 66, runs his own Tenacious label now.

MPS has also re-released a forgotten classic by trumpeter Clark Terry from 1977. Terry died earlier this year on February 21 at the age of 94. Clark After Dark is a ballad album with the Peter Herbolzheimer Orchestra that's been woefully out-of-print for years. It is saved from being merely an easy-listening experience by the verve and cunning of Terry's flugelhorn throughout. In fact, Terry's the man who legitimized the flugelhorn as a front-line jazz instrument in the minds of many. From Nat King Cole's "Nature Boy" and Erroll Garner's "Misty" to Hoagy Carmichael's "Georgia On My Mind" and Jerome Kern's "Yesterdays," Terry's tone is ebullient yet dramatic, filled with life and even humor.

Ben Monder is a young guitarist whose ECM debut came in 2004 on Garden Of Eden by the Paul Motian Band. Their chemistry was so captivating, the idea was to record a CD of duets with the drummer and, to that end, a 2010 session was completed. Unfortunately, when Motian died in 2011 at the age of 80, ECM scrapped the session. Monder and ECM head Manfred Eicher then decided to take what the two started and-voila!-Amorphae was born. Progressive drummer Andrew Cyrille was recruited as was synthesizer whiz Pete Rende so here you have Monder solo, duo with Motian, duo with Cyrille and trio with Cyrille and Rende. Somewhere Motian is smiling.