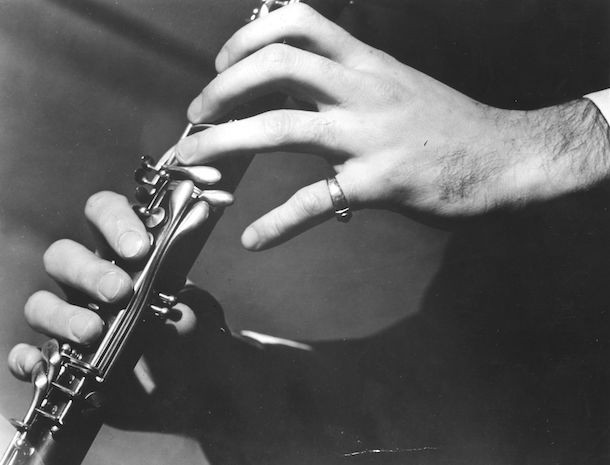 A close-up of a man playing a flute. (Photo : Three Lions/Getty Images)

Samuel Coles, Philharmonia Orchestra's priniciple flutist, is owner of a £50,000 golden flute, one of the most costly in the world. Last month, however, and in a most unfortunate series of event, two unnamed thieves have stolen his prized possession at a London bar. The flutist was having a drink there after a performance of Schubert's Ninth Symphony at the Royal Festival Hall on the South Bank of the River Thames.

Per Coles' testimony, he was at the Archduke Wine Bar on the South Bank when the perpetrator snatched the golden flute along with his Louis Vuitton bag, which also contained a £10,000 wooden piccolo.

It's been purported by Mr. Coles, also, that the thief may have initially targeted the designer bag.

When asked about the details, Mr. Cole said, "It was very crowded in the bar. There were lots and lots of people. At the time I was just engaging with the person in front of me. Maybe I should have been more careful. It is hard to know if I was targeted because of the instruments but I think they may have been drawn to my Louis Vuitton bag."

In his statement in the Evening Standard, Mr Coles also added how "it is terrible - absolutely awful." He maintains that the flute was a "major part of [his] musical life" and that it is "very difficult to have to find another instrument."

An ongoing investigation has been in progress, supplemented by CCTV pictures of the suspects in question as well as the instruments.

According to officials, both suspects are described as Mediterranean, with one wearing a light colored top and carrying a colorful rucksack while the other had short dark hair, a beard and dark trousers.

Coles, who is now 52, moved to France in his twenties. Later on, however, he came back to London after a five year absence to play with the Philharmonia, who are based at the Royal Festival Hall.

The lost flute was used by Coles on a recording of a Mozart concerto with one of the world's greatest violinist Yehudi Menuhin.

In the meantime, see the renowned isntrument in a video below.