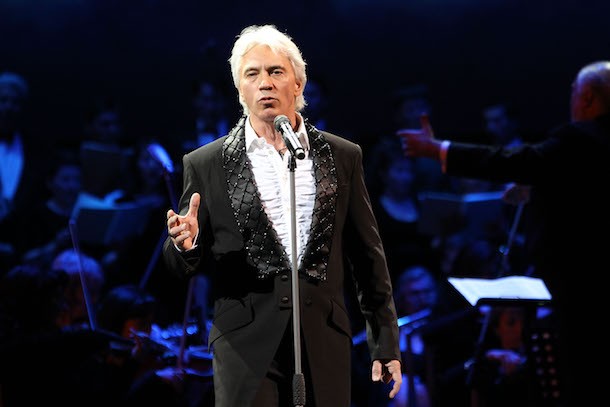 Dmitri Hvorostovsky, the Russian baritone who has recently been undergoing treatment for a brain tumor in London, has announced that he will withdraw from four February performances at the Metropolitan Opera. The performances were for Verdi's Il Trovatore.

To replace the singer in light of the news, its been announced that Juan Jesus Rodriguez will make his company debut. The performances scheduled are February 3, 6, 9 and 13 and will not see Hvorostovsky in his role as the Count di Luna.

Marco Armiliato will take the podium for the performances as well. Ohter feature performers include Angela Meade as Leonora, Dolora Zajick as Azucena, Marcello Giordani as Manrico and Kwangchul Youn as Ferrando.

Hvorostovsky, 53, was recently awarded the Order of Alexander Nevsky by Russia's president, Vladimir Putin, for exceptional artistry. In June, he canceled all performances through August to undergo treatment for his brain tumor.

In September, he returned to perform three nights at the Met Opera as di Luna--with one night recorded for television. His singing afforded him roaring applause and shouts of "Bravo" after each episode.

Despite his ailment, Hvorostovsky is currently singing in a run of Tchaikovsky's Eugene Onegin at London's Royal Opera through Jan. 2.

The baritone also sang at the Helikon Opera's opening gala in November.

As per his history, these recent cancellations could be a farce--which would be a positive sign in regards to the singer's health.

In June, Dmitri adjourned to London to seek medical care for a possibly malignant brain tumor.

Our thoughts are with Dmitri Hvorostovsky as he continues to endure this difficult time. Hopefully, he will return to the stage in full health and voice soon.

For now, keep Dmitri in your thoughts by listening to him below.