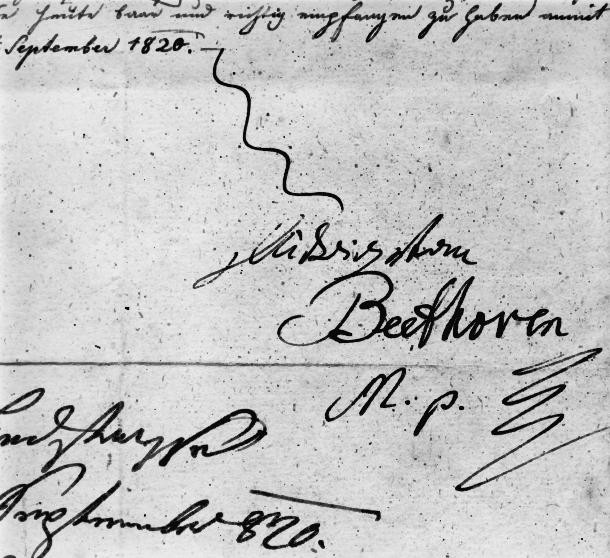 The sketch, discovered in Connecticut, was sold in November to Butterscotch Auctioneers (whom Brendan Ryan represents) for a price of $120,000, but not before a rigorous verification process conducted by Ryan on behalf of the owner. According to the The Journal News, the Beethoven sketch leaf had been in the homeowner's family for 100 years; meanwhile, only a vague suspicion had surfaced that the barely legible piece of music was indeed Beethoven's.

The ultimate value of the Beethoven sketch leaf had depended on a number of factors, from authenticity to which specific piece. The Journal News quoted Ryan as hoping it to be the Ninth Symphony, but instead the sketch leaf was determined to be a first draft of King Stephan Overture, showing the earliest stages of the opening cello/bassoon motif. The notes are seen to be rushed, sloppy, and fickle; many ideas are crossed out entirely and many ideas in pencil were later replaced with ink---all on the same single-sheet draft.

Brendan Ryan also reported his personal feelings on the find: “It’s certainly one of the highlights of my career. For me personally, Beethoven is an idol of mine. It’s like seeing pages by your favourite author in the flesh.”

Ryan can be seen demonstrating the contents of the King Stephan Overture sketch leaf, which was discovered in Connecticut, in more detail in the video below---also assembled by The Journal News.