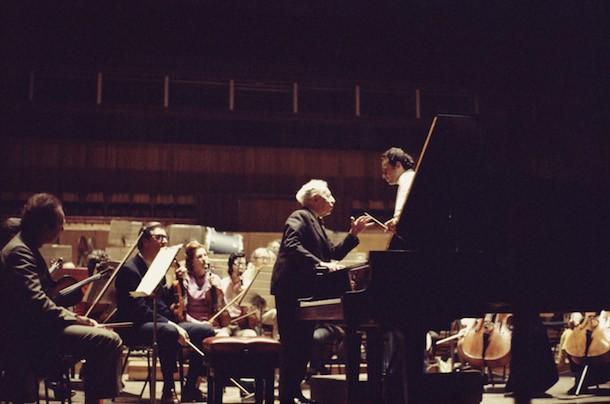 The video was filmed at the Tuacahn Amphitheatre in Utah and includes a configuration of over several giants mirrors along with diffused lights and a cold fog to help create a lasting effect on the film's aesthetic.

The song, also, is a blend of over 100 acoustic instruments and electric cello tracks to give it a unique feel and texture.

On the video, Steven Sharp Nelson of the Piano Guys said:

"Hello/Lacrimosa" (or "Chello," as it has affectionately been called in the studio) is a musical experiment bridging 18th century spiritualism and 21st century secularism. Imagine Mozart and Adele in the same room in an intense co-write session, quill and pen in hand, respectively. Picturing this hypothetical hangout helped to spark the creative combination of the two. Both "Hello" and "Lacrimosa" have divergent traits which presented challenges. One wallows in a wide, painstakingly minor 12/8 time and the other drives a poignant bi-polar major/minor common time. One draws its power from the fullness of a grand chorus and orchestra, the other from the isolation of a lone voice and piano."

If you aren't in the know the group became an online sensation with their video and mash up concoctions that are so alluring they have yielded some 4.5 million YouTube subscribers. With over 50 videos in their canon since 2011, they made their debut with their own interpretation of One Direction's "What Makes You Beautiful."

But without further ado, here is their latest release, "Hello/Lacrimosa" below.