Nancy Erickson, 'While Strolling Through the Park,' Hits Paydirt [REVIEW] 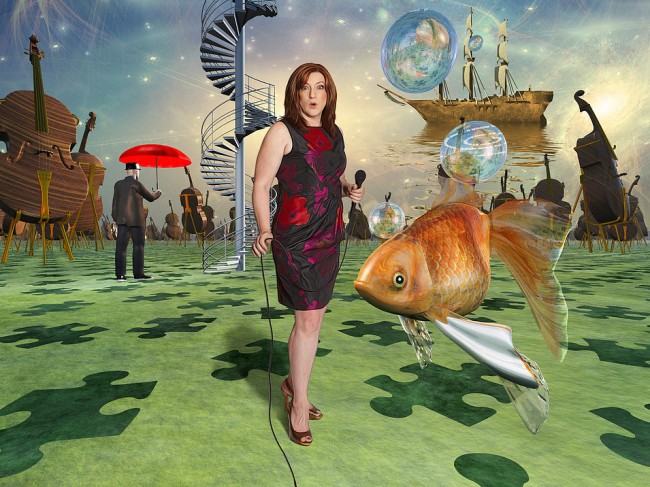 As the follow-up to her 2011 Prelude debut, Seattle vocalist Nancy Erickson sprightly sings While Strolling Through The Park, a 10-track sophisticated soiree with highlights a'plenty.

Her three originals are elegant. Her covers are discreet picks that go all the back to 1692 ("If Music Be the Food of Love") by the 17th Century composer Henry Purcell [1659-1695]. The Ellingtonia ("Perdido" and "Prelude To A Kiss") and 1942's "That Old Black Magic" (Arlen/Mercer) has her singing these well-worn melodies within new kinds of instrumental arrangements that, if not quirky, are, at least, grabbing to the ear. Plus, her voice is a soothing instrument in service to each song. She makes the lyrics pop out, putting emphasis where emphasis is needed, and laying back, almost coy, to let her sweetly shuffling band of piano/bass/drums/flute/flugelhorn/trombone/tenor sax/percussion/backing vocals (depending upon the track) swing as hard as they like.

Hers was the voice on Xebec's 1993 Urban Christmas. She won the 2012 Seattle Kobe Female Jazz Vocalist Competition which sent her to Japan where, at Asahi Hall, her concert was broadcast live online to thousands. She took an extended leave-of-absence to raise her children before stints in a Seattle R'n'B band, Freddy Pink and a Steely Dan tribute band called Nearly Dan got her a backing gig with soul singer Bernadette Bascom. She's sung in duo, trio, quartet and, like here, with larger ensemble formats.

The kicker to While Strolling Through The Park is the closing Edith Piaf cover of "La Vie en Rose," sang simply and sweetly, accompanied by just bass. It's a testament to the stirring melody and universal lyrical content of this song, a haunting song that has captured the imagination of every generation since 1946.