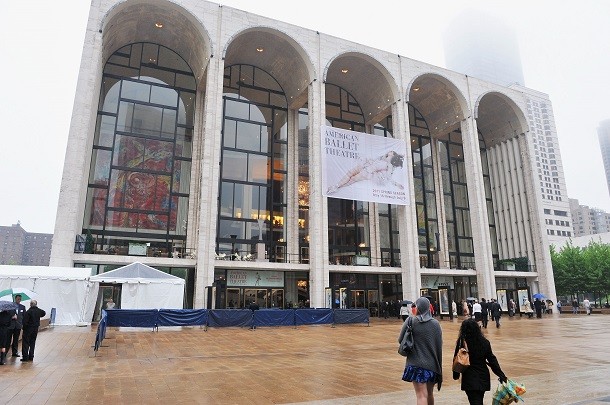 Atmosphere at the 2011 American Ballet Theatre Spring Gala at The Metropolitan Opera House on May 16, 2011 in New York City. (Photo : Slaven Vlasic/Getty Images)

The Metropolitan Opera's 2016-17 season will prove to be a testament to the progress of women in the field. Finnish composer, Kaija Saariaho, and her heralded composition, L'Amour de Loin, will be featured during the season, which marks a milestone victory as the piece is the first from a woman in over a century.

It will be one of six new productions of the season and has become a point of news for opera lovers. The Finnish composer comes highly regarded as a composer of contemporary opera. With works like Adriana Mater and Nymphea taking hold as beautiful pieces of the 21st century, it's to the Met's credit that they chose such a significant composer to lead the charge.

"But very few have dared to dream sonic images of such magnetic power as those that Finnish composer Kaija Saariaho has conjured in her music for ensembles, orchestra, opera houses, electronics and soloists...To journey into Saariaho's music is to be confronted with the darkest and most dazzling dimensions of your subconscious, and glimpses of the existential journeys she has made to find these pieces."

While word of the news is truly remarkable, one detail sits in the midst of every attendee and fan of the Metropolitan Opera: the status of James Levine.

James Levine, the opera's longstanding music director who has been in dwindling health for years now has come under scrutiny about his capabilities in leading the orchestra for future seasons.

Reports from Peter Gleb, the Met's general manager and Levine's neurologist claimed that the famous maestro could curb some symptoms of his Parkinson's disease with a change in medication.

And as the orchestra remains faithful to its conductor along with Peter Gelb as well, the issue has divided the company.

Regardless, whoever might take the reins next season (but with best regards and best wishes to Mr. Levine) Saariaho marks a possible turning point for women in the contemporary opera by making it to the Met's forthcoming season.

Preview Saariaho in the meantime below.