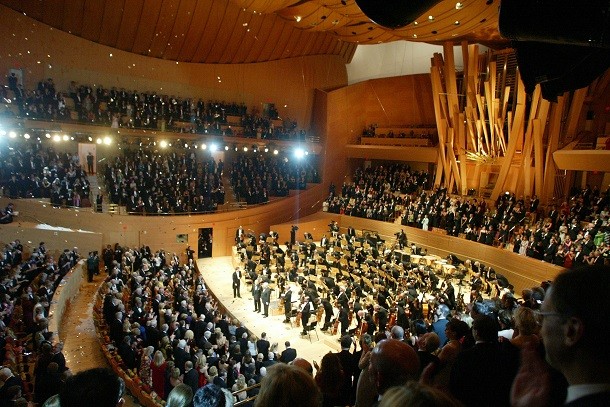 The classical community has endured traumatic loss over the last few months, with the death of French-composer Pierre Boulez last month and then 93-year-old Pulitzer Prize winner, Leslie Basset, on Feb. 4. Now, the community is rocked further as Steven Stucky, 66, one of the most beloved classical figures in modern music, joins the ranks.

Kristen Stucky, the composer's wife, remarked that Steven suffered from malignant brain cancer that took his life on Feb. 14. World-renowned for his unorthodox compositions, Mr. Stucky will forever be remembered as an affable figure in the world of neo-classical.

Stucky was born Nov. 7, 1949 in Hutchinson, Kansas but was raised in Texas. He studied at Texas' Baylor University before pivoting to Cornell University. There, he earned a Doctorate of Musical Arts in composition in 1978. Soon after, in 1980, Stuck would join the Cornell faculty and teach at the institution for 34 years.

In 2005, Stucky was honored with the Pulitzer Prize for his Second Concerto for Orchestra. He was also awarded the Guggenheim and National Endowment for the Arts fellowships.

Perhaps one of Stucky's most recognized tenure, though, was with the L.A. Philharmonic, where he has been credited with advancing the orchestra into modern times.

In an essay at the L.A. Times, Mark Swed remembered Stucky, saying:

"Who knew that this affably backward-looking, backwater nerdish composer appearing unworldly even in the Victorian setting of Yaddo would play an indispensable role in making the L.A. Phil the hippest and most progressive major orchestra in America? I didn't. He certainly didn't. [André] Previn couldn't possibly."

Mr. Stucky is certainly credited with an illustrious career but he will be remembered best for propelling the L.A. Phil into the modern day.

Our condolences to Mr. Stucky's family and loved ones during this tragic time.