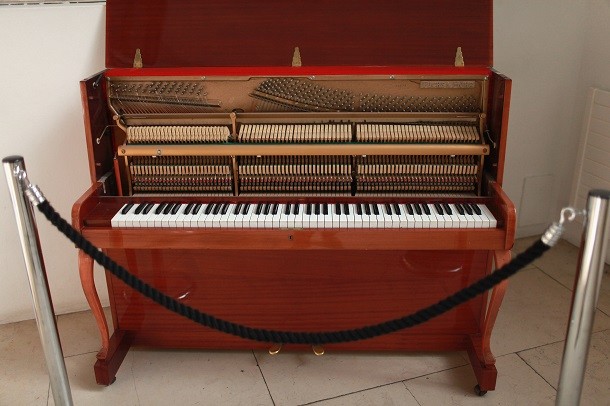 An upright piano is on display with its actions revealed during 'It's All About Piano!' festival at the The Institut Francais on March 22, 2013 in London, England. The festival is a collaboration from French Music Office to celebrate the piano with recitals from classical to jazz, film screenings, children's activities, workshops and cinema screenings exploring the musical instrument. (Photo : Amy T. Zielinski/Getty Images)

Perhaps one of the largest figures in jazz still living today, Cecil Taylor was scammed out of half a million dollars in 2013 when his Kyoto Prize money went to a fake organization called The Cecil Taylor Foundation. The mastermind, Noel Muir, could face 15 years in prison if indicted.

Mr. Taylor is an archetype of free-form jazz and has been a towering figure in the genre since his youth. Having played with Billie Holiday, John Coltrane and more, the 86-year-old pianist was awarded the Kyoto Prize for his contributions to the "scientific, cultural and spiritual betterment of mankind."

But as the media has proven, Mr. Taylor is a man of few words. When asked what he would like to say to Muir, who befriended Taylor when contracted to work on a brownstone next to the musician's apartment, Taylor remained minimal, uttering one word: "Die."

Yes, Cecil Taylor, a world-leading jazzer, told his robber to die in a talk with the press. He also added, "He had no right to do this ... he's not a spiritual man, he'll get what he deserves."

Taylor had met Muir through a mutual friend when Muir was working on said brownstone. Apparently the friendship took off to such a degree that Taylor asked Muir to accompany him to the awards ceremony.

When Muir was asked where the prize money should be deposited, Muir instructed officials to place it into a fake account that ultimately benefitted Muir and his company alone.

As of late, Muir has paid back $200,000 of the money that he swindled. Still, the courts are pressing the verdict that Muir is to pay back Taylor in full, with $292,000 still remaining to be reciprocated.

A most unfortunate circumstance, we hope the issue will resolve itself after the issue goes to court in March.

Here's Cecil for your pleasure below.