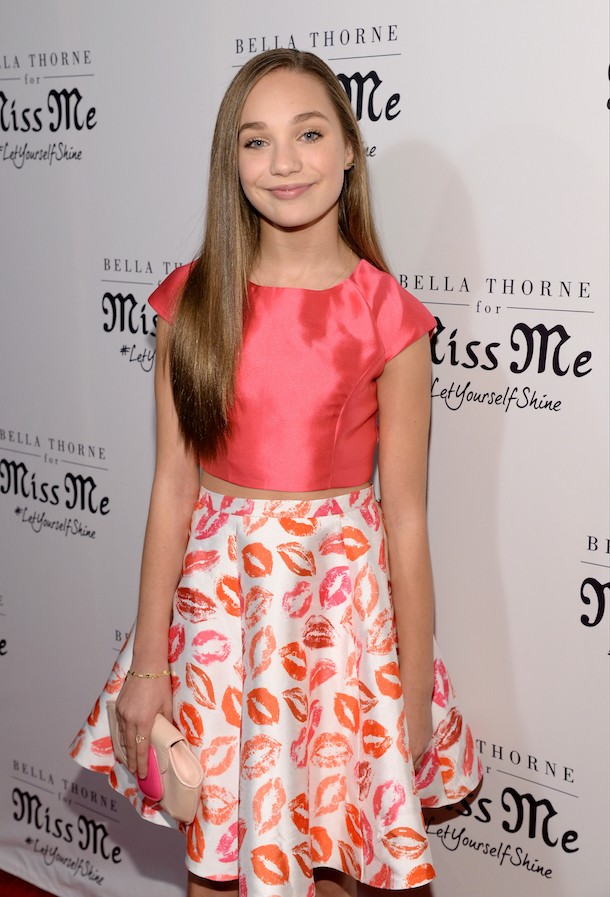 It has come as a resounding surprise that 13-year-old dancing star Maddie Ziegler will be added to the judging panel on So You Think You Can Dance. In keeping with its Next Generation theme, Ziegler will join Nigel Lythgoe, Paula Abdul and Jason Derulo on the series.

Ms. Ziegler had her breakout moment on Lifetime's Dance Moms, which she has announced that she will be leaving after the current sixth season. The new installment of the SYTYCD begins May 30.

The dancing prodigy said in an earlier press conference about the art of dancing:

"Self expression in dance has always been so important to me, so I fell in love with the concept of this film. Hopefully it will remind young dancers everywhere that expressing yourself can be empowering, contagious and fun."

But this won't be the dancer's first television appearance. Ziegler can be spotted on an episode of Pretty Little Liars along with other cameos in Austin & Ally and Nicky, Ricky, Dicky & Dawn.

Also on Ms. Ziegler's resume is a heralded performance in Sia's music video trilogy, most notably in the visual concept for "Chandelier."

It doesn't end there either, as she also has appearances on Saturday Night Live, the 2015 Grammy Awards, The Ellen DeGeneres Show, Dancing with the Stars and Jimmy Kimmel Live under her belt.

So with well-deserved congratulations to Ms. Ziegler on her latest appointment, take a preview of what's to come on the show below with the video for Sia's "Chandelier."

TagsMaddie Ziegler, So You Think You Can Dance, Dance Moms