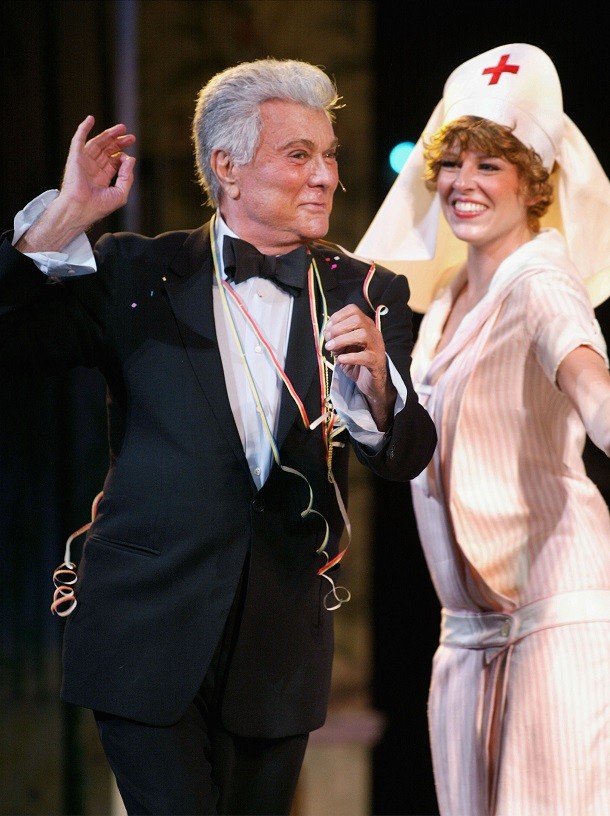 Actor Tony Curtis performs as the multi-millionaire, Osgood Fielding III, in the musical 'Some Like it Hot' at Wolf Trap, August 27, 2002, in Vienna, Virginia. (Photo : Mark Wilson/Getty Images)

The Wolf Trap is known for its eclectic programming, often premiering classical acts alongside popular and indie ones too. In an announcement, the Wolf Trap's bill this summer will include performances by the National Symphony Orchestra featuring Yuja Wang in a tribute to America the Beautiful, the musical Ragtime and the 20th anniversary of Riverdance along with a special 35th anniversary screening of Spielberg's Raiders of the Lost Ark with the NSO.

But one of the more anticipated performances comes via American Ballet Theater's principal soloist, the wonderful Misty Copeland. Known as the "people's dancer," Ms. Copeland will perform with the ABT for three nights in July, in a staging of Romeo and Juliet. Of course, Ms. Copeland's national recognition will be an amazing addition to the summer lineup.

As for Firebird, the debut will mark a world premiere of the production. What's most notable about this new staging is that it features the HPC moving like puppets. It's considered a massive debut and will also perform in conjunction with the NSO.

There will also be notable jazz acts passing through as well. It's been noted that these legendary artists include Tony Bennett, "Queen of Bollywood" Asha Bhosle and her farewell tour, The Silk Road Project with Yo-Yo Ma and the Jazz at Lincoln Center Orchestra with Wynton Marsalis.

So don't miss out on what's shaping up to be a resounding summer. Reserve your tickets March 19 and check out a clip of Ms. Misty Copeland in the meantime below.