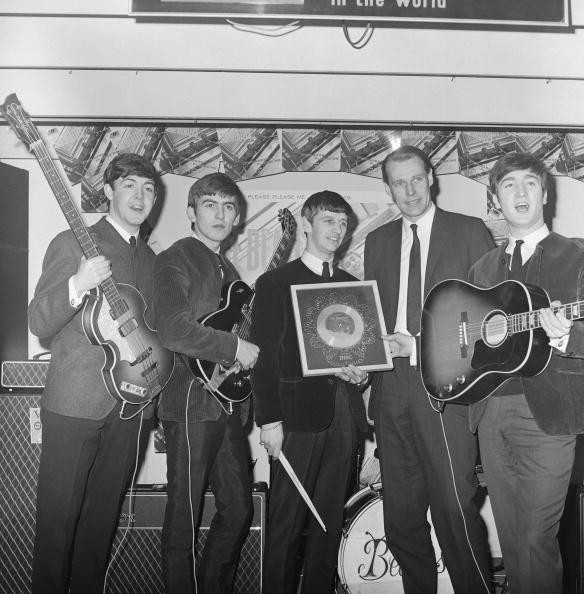 Famed record producer and legendary "Fifth Beatle," George Martin, died last Tuesday, March 8th, joining other icons such David Bowie, Pierre Boulez and more who also passed away this year. Among the many remembrances of the musical giant, it's easy to gloss over the greatness of Martin's classical arrangement and composition work.

Sir Martin's background and influence in classical music shaped his uncanny ability to produce uniquely disparate pieces, from lush orchestral arrangements to compact pop hits. Martin began playing piano at a young age, inspired by the symphony orchestras heard in his youth. The producer even performed oboe and worked for the BBC's classical music department before beginning his acclaimed decade of hits with the Beatles in the 1960s.

To wit, it was Martin's background and experience in classical music that helped shape many of the Beatles compositions that are still so highly regarded today. Imagine Paul McCartney's brilliant "Eleanor Rigby" without the trademark string octet backing, composed and conducted by Martin, or the producer's orchestral glissandos removed from the classic Lennon-McCartney composition, "A Day in the Life".

Even after the Beatles' career as a group imploded, Martin continued composing, conducting and recording classical music alongside other popular works, operating his own recording studio to further the cause. Always on the pulse of the ever-evolving music world, Martin felt no intimidation from electronic compositional tools, which he commented on to the BBC by saying:

"The classical orchestra may be under threat from technology, but no amount of electronics or computer wizardry can ever match the warmth, the art and the sheer genius of the finest players. I salute them and support them wholeheartedly"

The Medici String Quartet was just one of the chamber music ensembles recorded by Martin at his AIR studios in London. Recalling their experience with the producer in the early '90s, violist Ivo-Jan van der Werff recently spoke of Sir Martin's studio countenance to Public Radio International:

"One of the things that struck us as soon as we stepped into the studio is that George had a real sense of sound. Sometimes when you're in a studio you take quite a long time to get a decent quartet sound to get the balance right but with George it happened within minutes."

Since his death last week, the music world is more mindful and appreciative of the many interesting aspects of Sir George Martin's longstanding recording and producing career. Let us know your favorite classical music feature of a Beatles song in the comments section below.