Watch David Cranmer Play a Theremin Inside a Badger, Called the 'Badgermin' 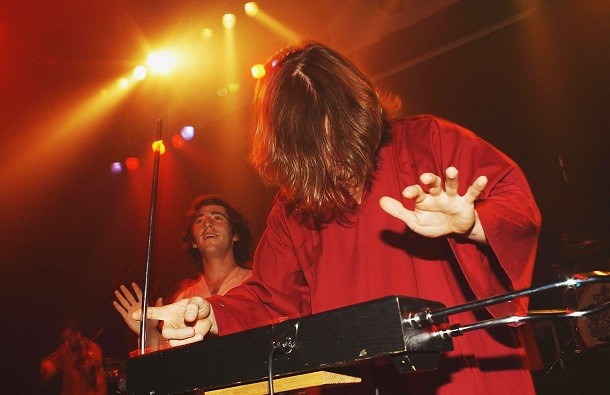 Theremin player Toby Halbrooks of The Polyphonic Spree performs at the Astoria on November 6, 2004 in London. (Photo : Jim Dyson/Getty Images)

In this day and age and with the advent of new technology as a constant, it's no surprise that most anything can be turned into an instrument. That is, until you've seen a badger transformed into a playable Theremin, then perhaps anything can really be transformed into something that makes music worth listening to.

In a recently surfaced video, David Cranmer performs on what he has called the "badgermin." If you can't quite decide what that is, it is literally a badger-cum-Theremin that is able to be play symphonically. With the aid of a friend on the piano, the performer takes the viewer through a heartbreaking musical vineyard of which is made possible by taxidermy.

"The theremin is traditionally played via two metal antennae, which sense the position of the player's hands, allowing it to operate without actually being touched. In this case the antennae appear to be protruding from the striped beast's neck and backside. Cranmer's musical badger also includes electronics from a PAiA Theremax kit, and can be customized for interested buyers."

For those who are unaware, the Theremin was conceived in 1920 by a Russian physicist. The instrument is also called by other names such as asætherphone, a thereminophone, ortermenvox and thereminvox.

Since the contraption is simple in its set up, it is perhaps not that incredible that a stuffed animal could be appropriated as an instrument. Actually, you could more than likely do it with any animal that is dead and embalmed. Maybe, then, we can see something along the lines of a "foxermin" or "tunamin" in the future.

Nonetheless, let the video do the convincing for you. Check out Cranmer's "badgermin" below for the time being.